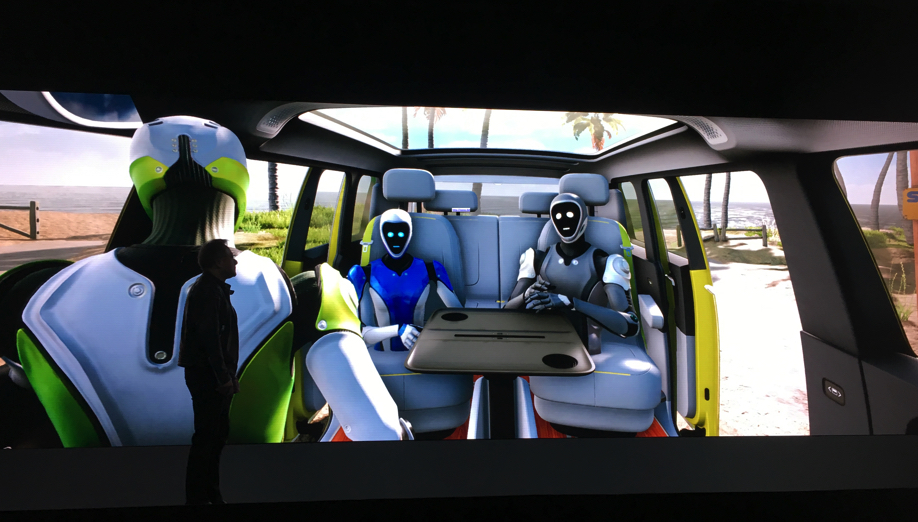 The FGRT team attended this year’s CES trade show in Las Vegas last week. From the preshow press days through the final day of exhibits, it was, as usual, a whirlwind experience. There seemed to be no new killer apps at the show this year, though, and even the keynote addresses seemed subdued. Still, various companies demonstrated several incremental advances in technology and we saw some notable new arrivals.

Chinese tech companies have officially arrived. While Chinese vendors have participated in CES for several years and have even held press conferences at the show, this year was the first time that a Chinese company gave a major keynote address at CES. That company, Huawei, wowed attendees with the advanced, leading-edge specifications of its new Mate 10 Pro smartphone, which is set to arrive in the US in February. The keynote ended on a bit of a sour note, however, as expected carrier support for the phone had been withdrawn at the last minute, torpedoing the announcement that was supposed to celebrate the company’s entry into the US market. Nevertheless, other Chinese companies and brands such as Alibaba, Baidu, Hisense, Honor (a Huawei brand) and TCL had a strong presence at the show.

Self-driving cars made incremental progress. Whereas self-driving cars were the focus of last year’s CES, announcements about the cars and the technology that powers them were subdued at this year’s show. Ford was a keynote speaker again this year, and the company elected to discuss its platform for managing a city’s transportation infrastructure in a world that likely requires fewer vehicles due to ride sharing. Nvidia discussed its Nvidia Drive platform and announced partnerships with Uber and Volkswagen. Toyota introduced a self-driving store format called e-Palette and showed its Concept-i car again. Startup Byton announced its new, all-electric self-driving vehicle, although the company’s presentation was light on details. Baidu mentioned that it plans to begin volume production on a Level 3 autonomous vehicle this year before moving on to Level 4 vehicles next year. Intel has built its own film studio for 360-degree movies. Intel’s keynote address focused on its virtual reality (VR) cameras and software, which can improve sports viewing. Its matrix of wide-angle cameras can map out an area, capturing the “vixels” (like pixels, but in 3D, with the “v” standing for volume), thereby enabling a spectator to view a field from the point of view of any of the players—without the need for the players to have cameras in their helmets. This type of setup generates an enormous amount of data, and data was the overall theme of Intel’s keynote. To develop 3D movies, the company has created its own film studio, which has a sound stage outfitted with high-definition, wide-angle cameras. Intel showed a short clip of a Western in which it had changed the point of view solely by manipulating the data. With traditional filmmaking techniques, changing the point of view requires reshooting.

5G wireless will change the world in new, unanticipated ways. 5G connectivity is coming soon, and it will enable many new telecom, industrial, automotive and healthcare applications that were previously impossible to develop. 5G connectivity is 50 times faster than the current 4G, and short-term development is expected to be completed this year, with longer-term development extending through 2020. 5G is also an enabler of autonomous vehicles, which will generate an enormous amount of data on traffic, road conditions, weather and other factors and will need to stay in constant contact with traffic management platforms and media servers that provide passengers with entertainment while the cars are doing the driving.

Artificial intelligence was on everyone’s mind, but everyday applications will take time. One type of artificial intelligence that is expanding rapidly is voice control, and most major American, Chinese, and South Korean consumer electronics companies have developed their own intelligent digital assistants. There were some interesting applications of image processing on display at CES, such as Alibaba’s “pay with a smile” technology and retail stores that identify entering customers, eliminating the need for them to provide means of payment. Alibaba also demonstrated a clever device that not only uses facial recognition technology to log visitors, but also works as an electronic employee time tracker that operates in concert with its DingTalk enterprise communication and organization platform.

The FGRT team will continue to follow these and other interesting innovations from CES throughout the year.