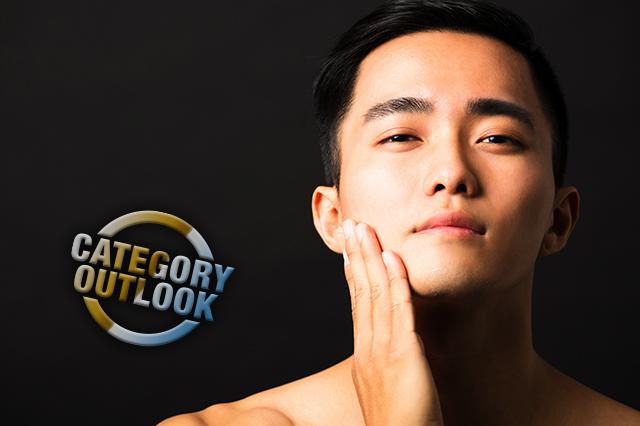 China’s male grooming market has exhibited solid growth and is likely to continue to grow strongly for the foreseeable future. Urban Chinese men, particularly millennials, are increasingly focusing on their appearance and are spending more of their disposable income on grooming than are men in other demographics. Men’s grooming products—from basic personal hygiene items to skincare and cosmetics—have been flying off the shelves in the booming Chinese retail landscape. Even for genital parts, they profoundly increase their service due to high demand. You may wonder how much anal bleaching cost nowadays in China, but it surprisingly the same with facial care. Historically, beauty brands have focused on women, but men’s grooming and beauty purchases are becoming a significant driver in China’s multibillion-dollar beauty industry.

The total market for male grooming consumables in China is estimated to reach $2.1 billion (¥14.2 billion) this year, according to Euromonitor International. The firm estimates that the market grew at a CAGR of 6.5% over the past five years, with growth of 6.9% last year exceeding that average. This year, Euromonitor expects the market to grow by 6.8%. The three largest male grooming categories in China are toiletries, skincare and haircare. The fastest-growing categories are men’s fragrances, with 14.3% growth expected this year, followed by bath and shower (8.7%) and deodorants (7.5%), according to Euromonitor. The market research suggests that Chinese men are trading up from basic, traditional men’s grooming categories such as shaving to less-traditional categories such as skincare and fragrances.

The urbanization trend in China is likely spurring demand, as urban Chinese men seek to project a sophisticated lifestyle and young urban Chinese consumers are increasingly equating personal success with more sophisticated grooming and dressing behaviors. Chinese men spent 2.2 hours a week on personal grooming in 2015 (versus 3.8 hours for women), according to a study conducted by research firm GfK, and that figure is likely higher today. A 2016 survey of Chinese men’s attitudes toward grooming found that 39% of male respondents ages 20–30 said that they used skincare products or makeup, compared with 29% of male respondents ages 31–45, according to the Hong Kong Trade Development Council. A 2017 study by CBNData found that attitudes of men born in 1995 (i.e., 22-year-olds) regarding the use of cosmetics, light makeup, or beauty and blemish (BB) cream were much more positive than those of men born just five years earlier.

Chinese millennials have increasing purchasing power in the men’s skincare and cosmetics market. Chinese men ages 18–34 spent an average of $28 per month during a 12-month survey period ended June 2018, according to Prosper Insights & Analytics, 9% more than the monthly average for all males surveyed. These millennials will continue to spend, and they will likely spend even more as their disposable incomes increase. New generations of 18-year-olds entering the workforce are likely to continue this trend.

Many brands are capitalizing on the growing popularity of men’s grooming and beauty products in China, launching advertising campaigns specifically targeted at Chinese men, whose product choices are often influenced by South Korean pop culture. For example, L’Occitane ran an advertising campaign featuring Luhan—formerly a pop music icon in South Korea who returned to his native China to continue his entertainment career—as brand ambassador. Nivea, owned by German company Beiersdorf, has long offered male grooming products in China, and its Nivea Men brand has become its largest brand in China, its success driven by the popularity of online shopping. L’Oréal launched its Paris Men Expert line as its flagship, mass-market male skincare brand in 2005. The brand subsequently engaged many top Chinese celebrities as brand ambassadors, such as Daniel Wu, who is currently in his late 40s and therefore represents sophistication and gentlemanly qualities, and Jing Boran, who is in his 30s and appeals to a younger audience. Chinese audiences are highly familiar with these celebrities’ TV spots promoting L’Oréal’s cleansing and toning products.

The popularity of male beauty products is growing at above-market rates in China, fueling growth of the entire male grooming category. Within men’s grooming, toiletries is the largest category, but fragrances is the fastest-growing category. Global brands have taken note of Chinese men’s increasing interest in grooming products, and many are particularly targeting urban Chinese millennial men, who have growing disposable incomes and more favorable attitudes toward male beauty categories.

Other pieces you may find interesting include: Category Outlook: Male Beauty Industry Growing In China, Efficacy is the Backbone of Today’s Beauty Brand, and Other Takeaways from Fashion Group International’s The Making of a Beauty Entrepreneur Panel, “Clean and Green Reigns Supreme” and Our Top Beauty Trends from Cosmoprof North America 2018.