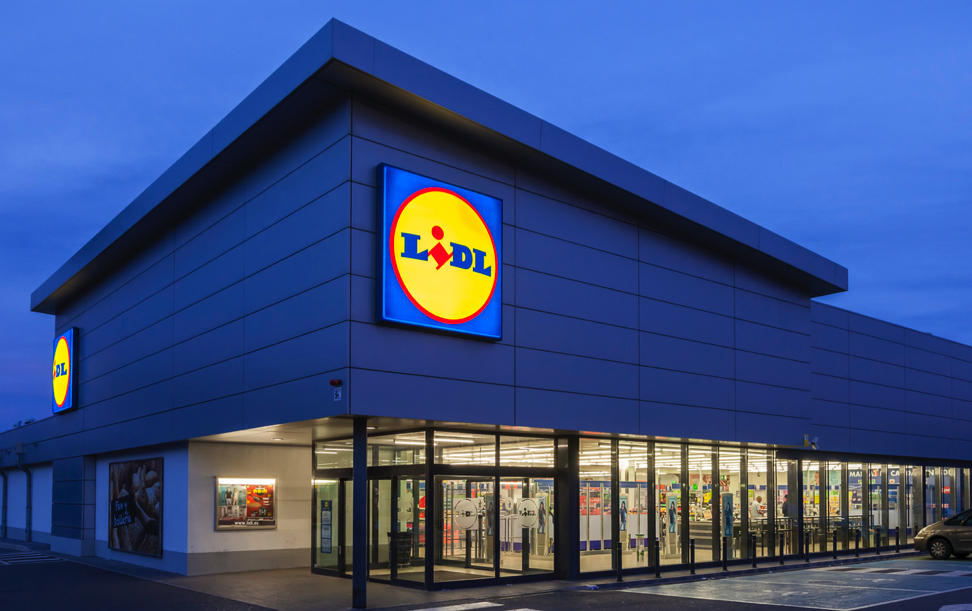 Seven months after launching in the US, Lidl is slowing its store-opening program dramatically. This year, it will open just 20 US new stores, according to a January 18 report by German trade publication Manager Magazin. Klaus Gehrig, the CEO of Lidl’s parent firm, Schwarz Group, told the magazine, “If one recognizes a mistake, one must correct it.” Lidl’s US website currently lists 48 store locations; when the company launched in the US in June 2017, it stated that it planned to open 100 stores per year in the country.

Lidl is also switching from its original plan to open larger “destination” stand-alone stores to opening smaller stores, some of which will be in established shopping centers.

Smaller stores: Lidl originally planned to open stand-alone stores of around 36,000 gross square feet, per its US website. It is now seeking sites of 15,000–25,000 square feet. Brendan Proctor, Lidl’s US CEO, told The Washington Post in February 2017 that Lidl US was aiming to open stores with net selling space of 21,000 square feet. That would mean that the company’s US stores would be approximately 40% bigger than its largest European stores and roughly double the size of the typical Lidl store worldwide. By way of comparison, Aldi’s average US store is 10,000 square feet.

Implied reduction in product offering: Smaller stores imply fewer product lines. In July 2017, Bernstein analysts estimated that Lidl US stores offered up to about 4,000 SKUs. That figure is exceptionally high for a hard discounter. Aldi stores offer an estimated 1,200–1,400 SKUs and Lidl stores in Europe 1,700 or fewer.

Shopping-center locations: It is not just the size of Lidl’s planned stores that is changing, but their locations. Lidl’s new property advertisements ask for leased sites with “national cotenants”—in other words, it is looking to open stores in existing shopping centers. “We want maximum flexibility in our selection of locations and for our real estate teams,” a Lidl spokesperson told German news agency Deutsche Presse-Agentur. Shopping-center locations will help drive traffic to a banner that is still unfamiliar in the US market.

Recent statements from major owners of open-air shopping centers, where grocery store operators often choose to locate stores, reference Lidl’s strategy on this front. On a July 2017 conference call, DDR COO Michael Makinen noted that the company was “seeing deals” with grocery chains that included Lidl. On an August earnings call, Brixmor Property Group CEO James M. Taylor noted that Brixmor had “discussions ongoing” with Lidl and other expanding grocery retailers. Lidl is selectively opening stores in covered malls, too: it is set to open a store in the Staten Island Mall in 2018 in a space that was formerly occupied by Sears, according to GGP, the mall’s owner.

Closer to potential customers: Lidl is also refining its catchment areas. It originally sought locations with high population density within three miles, but its current demands are for high density within two miles.

The changes in plans suggest that Lidl’s investment in larger, glossier stores in the US compared with other countries has not been justified. Moreover, they indicate that the company is struggling to draw shoppers to its stand-alone locations on the edge of towns and that it sees its challenges in the US as related predominantly to real estate choices rather than to its discount proposition: in fact, the company’s move toward smaller stores with smaller product ranges reflects a more traditional hard-discount proposition.

Discount Can Work in the US Grocery Market Underlining this growth, Aldi US announced major expansion plans in June 2017. At the time, Aldi stated that it served 40 million shoppers each month through a total of 1,600 stores. The company’s current goal is to serve 100 million shoppers per month through 2,500 stores by the end of 2022. That implies that Aldi will open about 160 stores per year, on average, until the end of 2022. Aldi says that its expansion plans will make it America’s the third-largest grocery chain by number of stores.

The US grocery market is a challenging one for discounters, because it is already very price-driven and because US shoppers are less likely than their European counterparts to buy private label goods, which are the focus of the discounters. But the ongoing growth of Aldi and Trader Joe’s suggests that Lidl can capture a part of this market, if it gets its store formats and locations right.