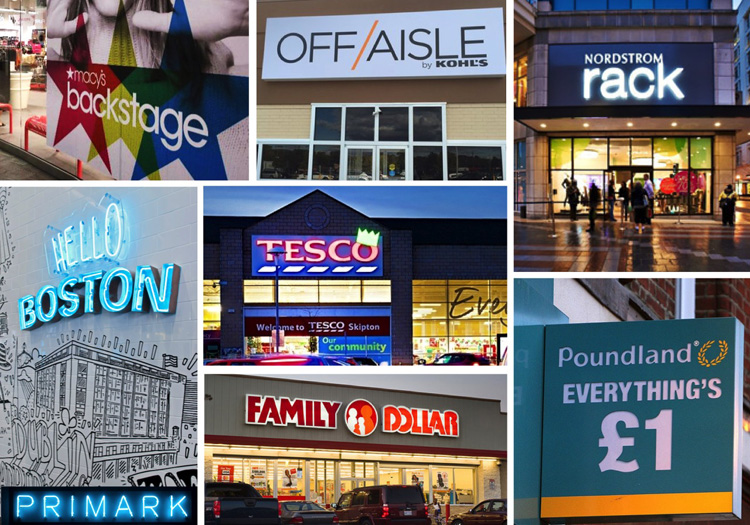 For several years, we have used the Weinswig Hourglass Model to illustrate how  outperformance in retail is increasingly polarized at the high and low ends, while the middle market is pinched. The past year showed that our model is still relevant.

The budget boom was a major theme of 2015, and one element of this was the flourishing of the off-price channel in the US. Macy’s launched its Backstage concept, with plans for around 50 stores; Kohl’s unveiled its Off-Aisle concept; Hudson’s Bay Company announced its Find @ Lord & Taylor format; and Nordstrom opened 27 new off-price Nordstrom Rack stores across its first three quarters. Meanwhile, segment leader T.J.Maxx continued its strong performance, posting quarterly comps of 5%–6% all year (fiscal year to date). We covered the off-price theme in our Global Department Stores report, published in June 2015.

Elsewhere in budget apparel retailing, Primark launched in the US in September, announcing that it would eventually open eight stores in the market. Primark has seen success in many international markets and there is no reason to think the US will be any different. Other value-positioned apparel players, such as H&M and boohoo.com, continued to grow strongly. But this is not simply about price: this new generation of lower-price apparel retailers is distinguished from other budget stores by their fashionable pitch. We covered these companies throughout 2015, including in stand-alone reports on Primark and boohoo.com.

Grocery discounters, too, are almost certain to have registered another year of outperformance on the global stage—although private ownership of the two biggest discounters, Schwarz Group (owner of Lidl) and Aldi, means that hard data are scarce. Schwarz Group overtook Tesco to become the world’s third-biggest grocery retailer in 2014, and it likely closed the gap with second-place Kroger in 2015. Lidl is set to join Aldi in the US market by 2018, and we think it is likely do well, as we noted in our November 2015 report European Grocery Discounters.

The broader discount sector saw further strong performance from leading dollar stores in the US, ongoing expansion among major pound store chains in the UK, and further robust growth from Costco as well as top-line improvement at Sam’s Club. Reflecting the discount sector’s maturation, consolidation was a recurring theme in 2015, with Dollar Tree acquiring Family Dollar in the US and Poundland purchasing 99p Stores in the UK. We covered the UK discount sector in our February What’s Next for UK Pound Shops? and December UK Second Grocery Discount Boom reports.

Premium Outperforms, but a Tougher Year for Luxury

For those at the top of the hourglass, 2015 was generally a tougher year than 2014 was. Premium players, whether Nordstrom in the US or House of Fraser in the UK, generally continued to outperform their midmarket counterparts. But the high end was hit by macro trends such as currency effects and the Chinese economic slowdown. Even though the sector faltered most in the Asia-Pacific region, “the US market did not deliver” in 2015, according to Bain’s latest global luxury report, as the strength of the dollar hit sales to tourists. Bain nevertheless confirmed that Chinese consumers are continuing to flock to mature markets “in droves”—bearing out the findings of our Chinese Shoppers Going Global report, published in September 2015, and boding well for tourist-driven sales growth in Europe and the US.

So, 2015 was stronger at the bottom of the hourglass than at the top. And the budget boom continued to put the squeeze on big names from Sears in the US to Tesco in the UK. In 2016, we expect the midmarket segment to remain under pressure: major discount chains will continue to expand, raising the standards of budget retailing and so drawing in more shoppers. Meanwhile, interest rate increases—already announced in the US and widely expected in the UK—will pinch discretionary spending among the family-life-stage shoppers that are core for many midmarket retailers. As a result, 2016 is likely to be another “hourglass year.”

We wish all our readers a happy and prosperous new year.