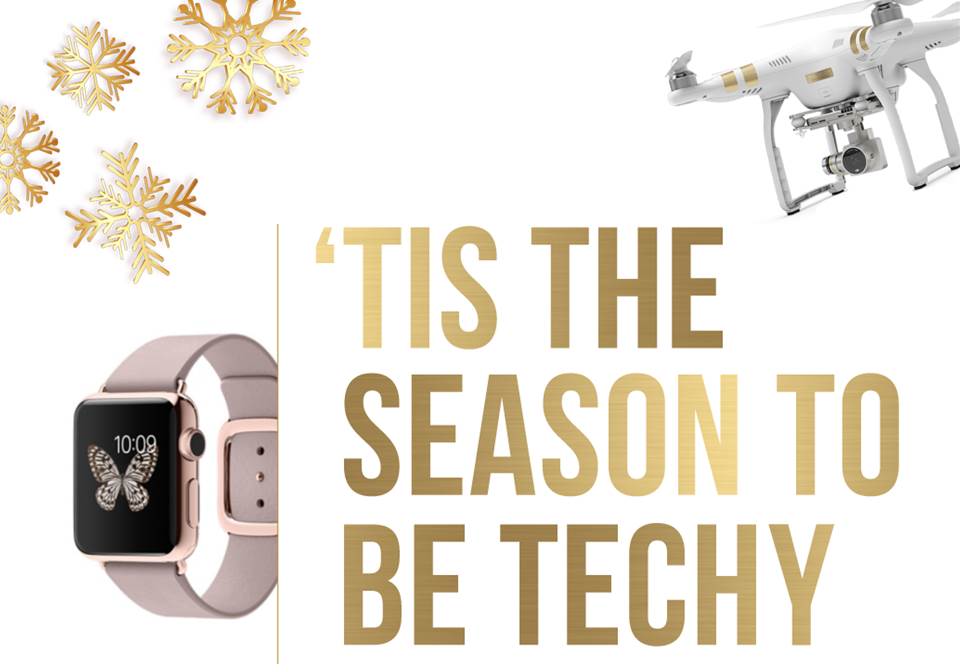 This holiday season, the Consumer Technology Association estimates that US consumers will spend $34.2 billion on technology, a new record and up 2.3% compared to last year. These statistics are borne out by people lining up to buy the Apple Watch for loved ones, as it is the first Christmas that the watch is on the market and the first true Christmas for the smartwatch category overall. Healthy tech gadgets also continue to fly off the shelves in both the US and UK: on Black Friday, UK department store John Lewis saw sales of Fitbit devices soar by 1,329% year over year. Hoverboards, drones and virtual reality (VR) tech are also making headlines this year.

We have rounded up our picks of the best tech gifts for the US and UK in our report, 2015 Top US and UK Techy Holiday Gifts. Here are some of the highlights:

1. The Apple Watch, released in June this year, is the most significant tech product this holiday season, as both our US Holiday 2015 Forecast and UK Christmas 2015 Forecast mentioned. Apple is also likely to gain from this being the first Christmas for the iPhone 6s and iPhone 6s Plus.

2. In the fitness band category, one of the leading products is the Fitbit One tracker. The tracker clips to the body and tracks steps, distance, calories burned and stairs climbed; monitors duration and quality of sleep; wakes the wearer with a silent alarm; and syncs with computers and 150 leading smartphones.

3. A NutriBullet smoothie maker was sold every four minutes during the past year, UK retailer John Lewis noted in its Retail Report 2015.

4. Hoverboards, the Segway-like vehicles that resemble skateboards, sold like hot cakes when they first came out last year. Although the UK police recently began enforcing a law prohibiting people from riding these vehicles in public spaces, one news report suggested that the ban might have actually worked in the hoverboards’ favor. Mark Kelly, Marketing Manager at AppliancesDirect.co.uk, remarked that his company’s site traffic jumped dramatically and that hoverboard sales increased by 215% within

just 24 hours of media covering the ban. (It is illegal to ride hoverboards in certain jurisdictions in the US, too.) Despite their popularity, Amazon has begun to pull some models from its site due to fears about fires caused by certain hoverboards.

5. Drones remain popular and need not cost $1,250. In the US, we found a Sky King Quadrone quadcopter drone available for $59.99 at JCPenney and a Protocol VideoDrone Remote-Controlled Video Quad-Copter on sale for $59.99 at Best Buy.

6. Oculus and Sony PlayStation are expected to release consumer editions of their VR headsets in early 2016, but for those wanting to buy in time for the holidays, the Samsung Gear VR device is already on sale in the US.

Click through for the full report: 2015 Top US and UK Techy Holiday Gifts