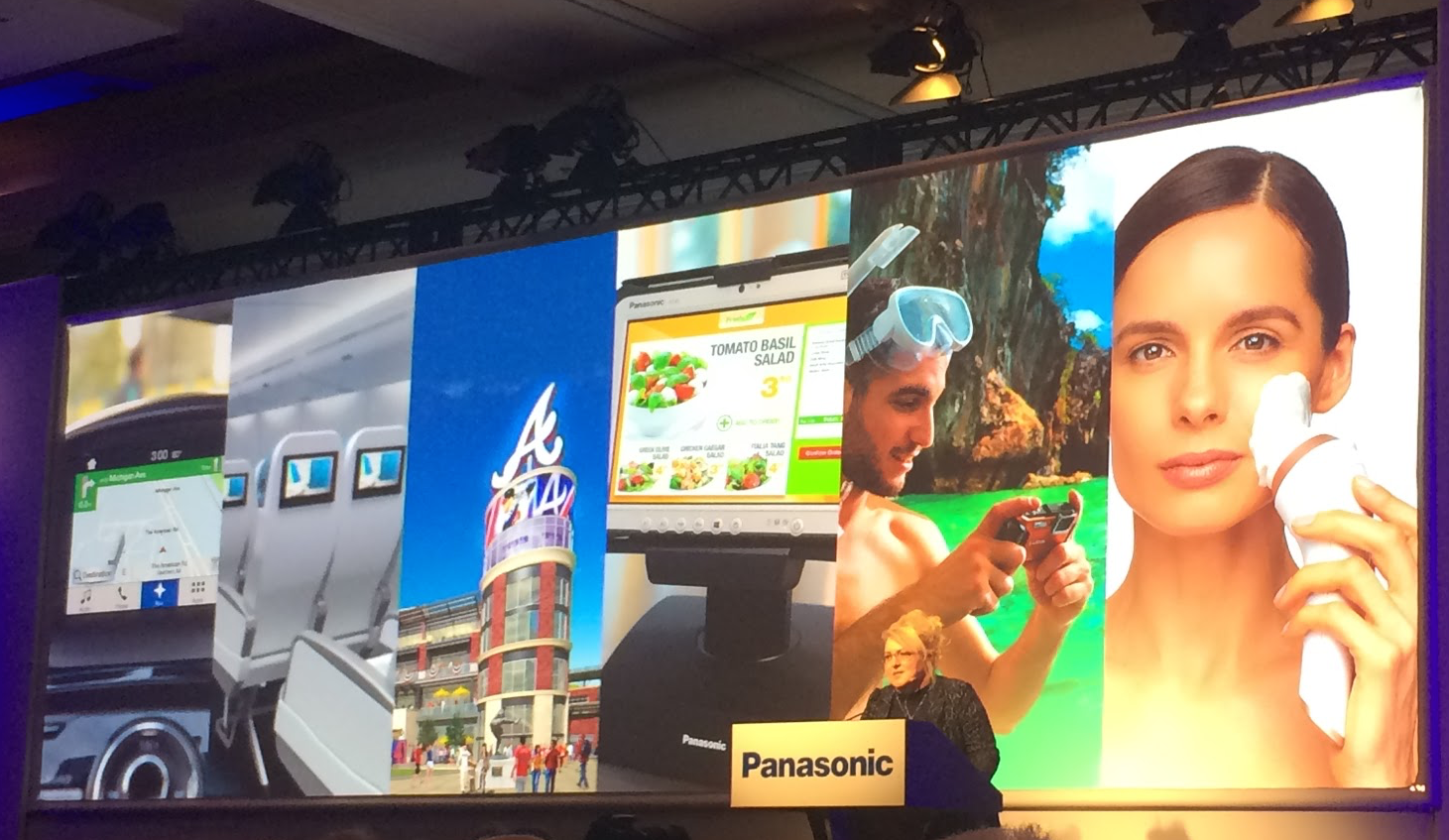 The FBIC Retail and Tech team is attending the impressive #CES2016 in Las Vegas all week! If you’re following us on Twitter (@RetailTechStrat), you may already be following along with our live tweets from around the show. With so much to see and hear, we have compiled a three-part Report summarizing Tuesday’s action-packed Press Day. We heard from Qualcomm, Panasonic, LG, Monster, Fitbit, Ford, Toyota and others.

Our CES 2016 Press Day Part 1 report highlights presentations from LG, Monster and Fitbit. Fitbit revealed the Fitbit Blaze yesterday, “the smart fitness watch that empowers consumers to get fit in style.” LG unveiled its new LG Signature line, featuring a super thin 4K HDR-enabled OLED TV, and we loved the LG Signature refrigerator—simply tap the door to make it transparent, so you can browse the contents inside. Monster announced its latest tech products for listening to music—headphone earrings anyone? See our Part 1 report here.

In Part 2, we detail what we heard from TCL, Panasonic and Bosch. TCL (the fastest-growing television brand, with over $17 billion in annual revenues) unveiled its new QUHD, immersive home entertainment products. Panasonic and Bosch both presented their solutions for smart homes and cities: Panasonic highlighted its Ôra smart home integration platform and Bosch talked about its technology platform for the control of traffic, street illumination, air quality and parking in cities. You can find our Part 2 report here.

Ford CEO Mark Fields addressed five key areas for the company: connectivity, mobility, autonomous vehicles, customer experience, and data and analytics. Ford is working with Amazon, building connectivity between Ford vehicles and Amazon’s Echo device and Alexa cloud-based service. Owners will be able to use Alexa to start their car or inquire about fuel or battery levels from home. Alexa will also allow cars to communicate with owners’ home networks. For example, the car might instruct the home to open the garage door as the driver approaches.

Meanwhile, Toyota revealed the leadership team and advisors for the Toyota Research Institute and the plan for the 30 research projects it has set up. Toyota said that trillions of miles of research were necessary for the development of autonomous vehicles, as society is tolerant of human driving error but not machine-based error.

Qualcomm announced it has partnered with Chinese tech company Letv on the impending Letv Le Max Pro smartphone (4m sold since April). The standout feature of the Letv Le Max Pro is the Qualcomm-powered Snapdragon Sense ID ultrasonic fingerprint sensor. Qualcomm CEO Steve Mollenkopf said that it is “the first ultrasonic fingerprint sensor.” While he acknowledged that other smartphones have had fingerprint scanners—most notably, the Apple iPhone, which uses the Touch ID system—he says this technology is superior and will address problems that previous sensors could not.

You can get our Part 3 that covers Ford, Toyota and Qualcomm here.