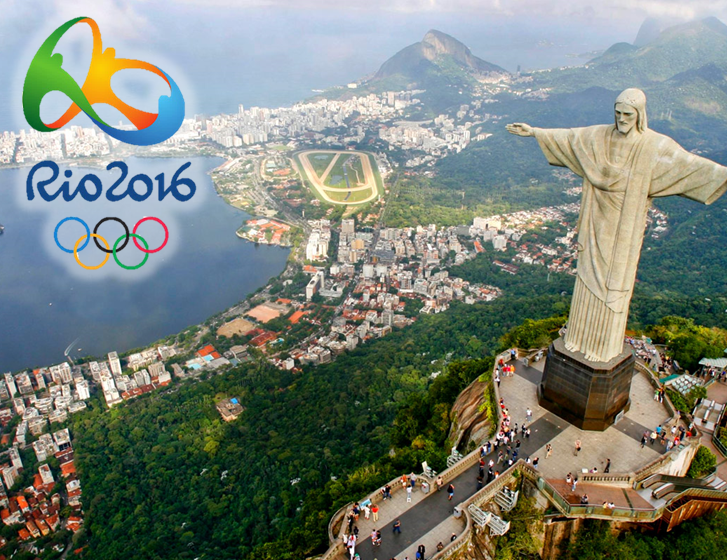 With less than two weeks until the 2016 Summer Olympic Games in Rio de Janerio, Brazil, we discuss the boost in duty-free and travel retailers, tourist spending habits, how international brands have turned their attention to Rio and the opening of Rio 2016 retail stores countrywide for tourists and fans.

Visitors from all over the world will attend the Rio 2016 Olympics in Brazil, but the majority of tourists are expected to be arriving from the US and neighboring Argentina. ForwardKeys.com, a traveler data intelligence company, forecasts that arrivals to Rio from July 27–August 21 will increase, due to the Olympics, and that arrivals from September 1–18 will be up,  due to the Paralympics (which run September 7–18 in Rio). An agreement between Rio’s Antonio Carlos Jobim International Airport (popularly known as Galeão) and American-owned travel retailer Dufry allowed Dufry to expand its duty-free space in the airport from 4,000 square meters to 11,000 square meters. It also allowed Dufry to expand its general travel retail shops in the departure and arrival areas in the airport’s newly remodeled Terminal 2. The extension agreement will last until 2023 for Dufry’s duty-free business and until 2021 for its duty-paid business at Galeão.

TOURISTS ARE COMING TO SPEND

In June and July 2014, Brazil hosted the FIFA World Cup soccer championship, and spending in tourism-related industries soared due to the influx of foreigners who came to watch and participate in the tournament. During those two months, tourists spent a total of $1.6 billion in the country, according to the Brazilian central bank.

Foreign spending in Brazil grew during the first quarter of 2016. The country’s Ministry of Tourism said that spending by international visitors grew by 11.5% in the first quarter, year over year, and that those tourists injected US$2.3 billion into the economy, compared to US$2.0 billion in the first quarter of 2015. Continued growth is expected, as Australian, Canadian, American and Japanese tourists can now enter the country without a visa, making it easier and cheaper to travel to Brazil during the Games. Some retailers are set to take advantage of the influx of tourists, and many have opened new stores in the months leading up to the Olympics.

While the Brazilian economy has been struggling for the past couple of years, the outlook in the country still remains favorable for international brands. Brazil’s government announced in early July that it expects its budget deficit to shrink in 2017 and the economy to return to growth, of 1.2%, after a two-year contraction. According to the Brazil Business Bureau, foreign brands that include Dunkin’ Donuts, Johnny Rockets, Sears, Apple, Gap, Topshop, Forever 21, Desigual, Uniqlo, Clarks, Sephora and The Body Shop have all either opened new stores in Brazil since 2013 or plan to open new stores in the country by the end of 2020.

Some companies, however, have scaled back their initial plans due to the recession. H&M, which in 2013 had planned to open 40 stores in Brazil in the medium term, canceled its plans due to higher-than-anticipated costs related to bureaucracy and steep competition. Despite these challenges, other brands, such as Forever 21, have moved forward and reaped the benefits of doing so: when the company opened its first store in Brazil in 2014, the lines were up to five hours long in its first weeks of operation.

Fans will have the opportunity to buy T-shirts, hats, pins, toys and even a line of wines from the 132 official Rio 2016 stores set to open across the country by the time the Games start. Many stores will be in airports and other transportation hubs to attract tourist purchases. By the start of the Games, approximately 8,000 official Rio 2016 products will be available. Rio 2016 expects the merchandise to generate sales of around R$1 billion (US$288.8 million).

The largest Rio 2016 store will be a 4,200-square-meter Olympic Park megastore, and the second largest will be a 1,800-square-meter store near Copacabana beach. Additional superstores will be opened in the Athletes Village, Maracanã Stadium and the Olympic Stadium.

Rio 2016 also has an e-commerce store, where all of the official merchandise, including the Rio 2016 Nike collection, is for sale within Brazil. Due to Visa’s long-term partnership with the Olympics and its position as an official sponsor, Visa is the only form of payment (other than cash) that will be accepted in Rio 2016 stores and on the Rio 2016 website throughout the Olympic Games. The opening of the Copacabana megastore marked the first purchases ever made using Visa’s new wearable technology, which includes the Visa Payment Ring and the Pulseira Bradesco Visa Bracelet. Visa has also partnered with Swatch to create the Swatch Bellamy, a contactless payment device that maintains the company’s Swiss-modern designs and colors.

For more details on The Olympic Games read our full report here or check out the first, second, third or fourth post in the Road to Rio series.