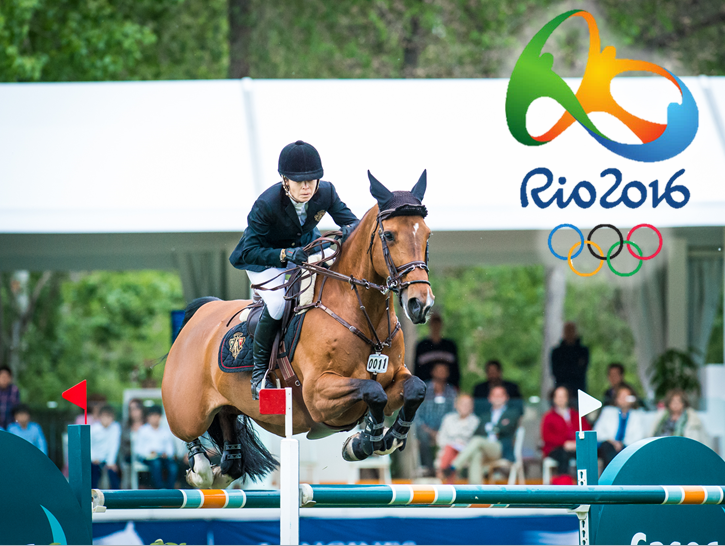 Fung Global Retail & Technology is counting down the days until the 2016 Summer Olympic Games in Rio de Janeiro, Brazil, which begin in 8 days. This week, we take a look at the boost luxury brands are expecting from Rio, Hermès as an Olympic sponsor and the spending habits of tourists in Rio this summer.

LUXURY BRANDS CAN EXPECT A SMALL BOOST FROM RIO OLYMPICS
Despite difficult economic conditions in Brazil, luxury spending has recently increased in the country. Luxury apparel and footwear retailing proved more resilient than apparel and footwear specialist retailers in 2015 with 3% growth, although that is down from 8% in 2014 according to Euromonitor. This is largely due to the inelasticity of luxury goods during times of recession because high-income consumers are less impacted by economic concerns. Luxury sales had a CAGR of 4.2% in from 2014 to 2015 according to Euromonitor.
Louis Vuitton hosted its Cruise 2017 runway show an hour outside of Rio de Janeiro at the Niterói Contemporary Art Museum in May, despite the contracting economy. The show was a sign of hope for the luxury market. Louis Vuitton’s Chief Executive Officer, Michael Burke, alluded to the idea he is hopeful for Brazil’s future when he said “We’re not surfers, we’re investors. We invest in fundamentals. We buy for the long term.” Brazil accounts for more than 50% of South America’s wealth from high net worth individuals, worth nearly $4 trillion in 2016, according to Capgemini. This figure is down only 1.4% from 2015.

Although the numbers are somewhat encouraging, Brazil’s luxury market is still struggling. Brazilians often do not shop at their local luxury boutiques as prices are up to 60% higher for certain items than they are abroad due to high import taxes. According to the Business of Fashion, Brazil had the most expensive price for the Louis Vuitton monogrammed “Speedy 30” bag in the world in May of 2016: R$4,650 or $1,286. This was 67% higher than the price of the same bag in Morocco. In 2015, Chanel announced it would set its prices the same across the world in order to entice consumers to shop locally—everywhere except Brazil due to the country’s strict custom laws.

HERMÈS PLAYS OLYMPIC SPONSOR AND OPENS A NEW STORE IN RIO
Hermès started as a saddlery in 1837, so equestrian equipment is deeply tied to the company’s history. The luxury French fashion house was named the official saddler to the Brazilian show jumping team for this summer’s Games. This is the first time Hermès has been officially appointed as a saddler for an Olympic team. The firm’s saddles retail for approximately US $4,700. The new Hermès store is set to open on July 25, just in time for the Games. The store has just over 1,700 square feet of retail space in Rio’s upscale neighborhood of Ipanema. The location will debut a total of 16 special lines with tropical touches to fit the environment, including a perfume line, and beach and pool items such as towels, beach bags and sandals.

TOURISTS WILL SPEND MORE THAN EVER IN RIO THIS SUMMER
International tourists are spending more in Brazil this year than ever before. According to Brazil’s Central Bank, international visitors spent more in May of 2016 than they did in the same month last year. Foreign exchange revenue was US$434 million in May, versus US$417 million in May of 2015, an increase of 4.1%. Tourist spending increased by 10.2% to US$2.8 billion from US$2.5 billion. May 2016 was the fifth consecutive month of growth in tourism spending. Due to the favorable exchange rate and the influx of new duty-free spaces in Brazil, tourists will be inclined to shop. According to Forbes, travelers are simply more likely to spend more on luxury items abroad than in their native countries. The luxury market in Brazil, however, is undoubtedly hurt by the red tape that includes high taxes, import duties and currency fluctuations, which will deter some spending. Russia Today called Brazil a “shopping paradise” for luxury goods due to the country’s weakened currency. Bloomberg also noted the country’s attractiveness: a gold and steel Cartier Tank Anglaise watch costs 32,700 reais at the Cartier store in São Paulo, or US$9,326. The same watch costs approximately US$580 more on Fifth Avenue in New York City. The same pattern can be noticed at Prada, Tiffany & Co., Salvatore Ferragamo and Christian Louboutin. Savings range from a few dollars, to about US$1,000 on a pair of crystal-encrusted Louboutin “New Very Riche Strass” stilettos.

For more details on The Olympic Games read our full report here or check out the first, second, third, fourth or fifth post in the Road to Rio series.