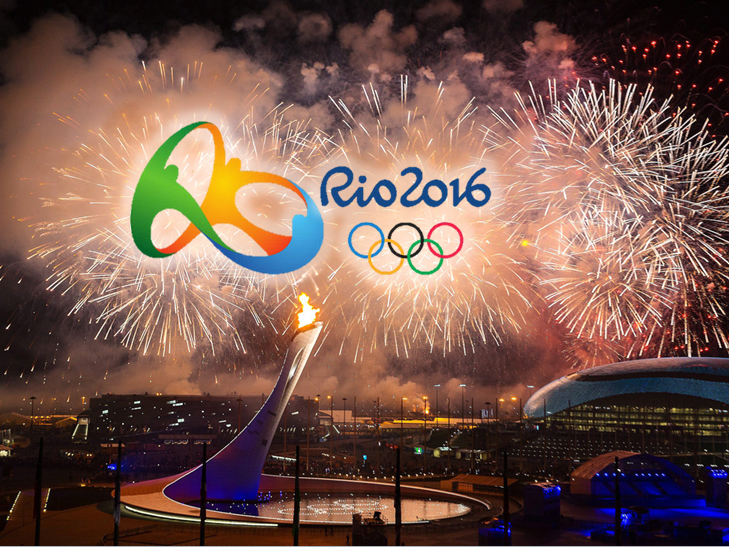 COUNTDOWN: FINAL WEEK ATHLEISURE CASHES IN ON THE OLYMPIC GAMES

Fashion labels and brands are cashing in on the timeliness of the boom in the athleisure trend in tandem with this year’s Olympic Games. The rise of the health- and tech-conscious millennial has contributed to the popularity of athletic wear, and this moment in sporting history provides an opportunity for brands to capitalize on this movement. Athleisure is one of the most popular trends in fashion right now, thus the Olympics are an ideal platform for brands to release clothing influenced by sport. Brands ranging from Apple to H&M are releasing Olympic-inspired active wear for the Games.

Polo Ralph Lauren designed some of Team USA’s uniforms for the 2012 London Olympics. The company was famously shamed online for including French berets and preppy blazers in the opening ceremony ensembles. This year, the fashion house is again responsible for uniforms. For the closing ceremony they chose to stick with the basics. According to a company representative, the firm designed a “sporty and classic” collection. The official US Olympic and Paralympic Team ceremony uniforms are made exclusively in the United States.

The company also released a collection specifically inspired by Team USA for the consumer. Proceeds from purchases will go to help Team USA fund training and participation in the Games.

Nike has a history of being an Olympic footwear and apparel outfitter and in preparation for the Games, Nike designed a special line of athleisure wear for Olympic athletes and consumers.

For the Olympic athlete on Team USA and Team Brazil, Nike has all the bases covered for the moments when the athlete is not competing, including their time to shine on the medal stand, at the press conference or just hanging out in the Olympic village. Over the past three years, Nike worked on designing a complete package for athletes from all 41 sports that mixes footwear and apparel ranging from size XXS-4XL. For the consumer and Olympic fan, Nike released a series of running shoes and sneakers that use a colorway inspired by the “tropical rainforests and the fauna that thrives in the environment: birds, with their attention-grabbing, color-shifting feathers; beetles, with their futuristic shining shell,” according to the company’s website. Eight shoe designs will have this colorway and all of the models will be for sale to the public.

Nike also released a series of revamped classic sneakers including the Air More Uptempo “Olympic” made famous by Scottie Pippen who played basketball in the 1992 and 1996 Olympics for Team USA, and the Air Max BWs “USA” that debuted during the 1996 Atlanta Olympics. The company also released a red, white, blue and gold version of the Air Presto Ultra Flyknit.

H&M partnered with Olympic gold medalist Caitlyn Jenner, the Swedish Olympic team and other professional athletes to create a collection of athletic wear including leggings, sports bras, running jackets and shorts, and shirts. According to the company, the result of the collaborative work is a collection of “high fashion technical sports pieces for everyone to wear.” The collection debuted in stores and online on July 21. H&M also designed the uniforms for the Swedish Olympic athletes, including outfits for the opening and closing ceremonies and the athletic competitions in between. H&M’s Olympic uniforms are made from sustainable materials such as recycled polyester.

The debut of Seacrest’s collection comes in tandem with his upcoming TV appearances as host for NBC’s late-night Olympics coverage from Rio de Janeiro.

Apple designed a series of special-edition Apple Watch bands inspired by the Games in Rio de Janeiro. The collection of 14 bands represents the 14 major countries set to compete in August. The bands will only be sold at the Apple Store at VillageMall in Barra da Tijuca in Rio. The bands will be sold in limited quantities for R$329, or $100 and will surely become a collector’s item.

Team USA Sprinter Trayvon Bromell got his hands on one and sported it on his Twitter feed.

For more details on The Olympic Games read our full report here or check out the first, second, third, fourth, fifth or sixth post in the Road to Rio series.