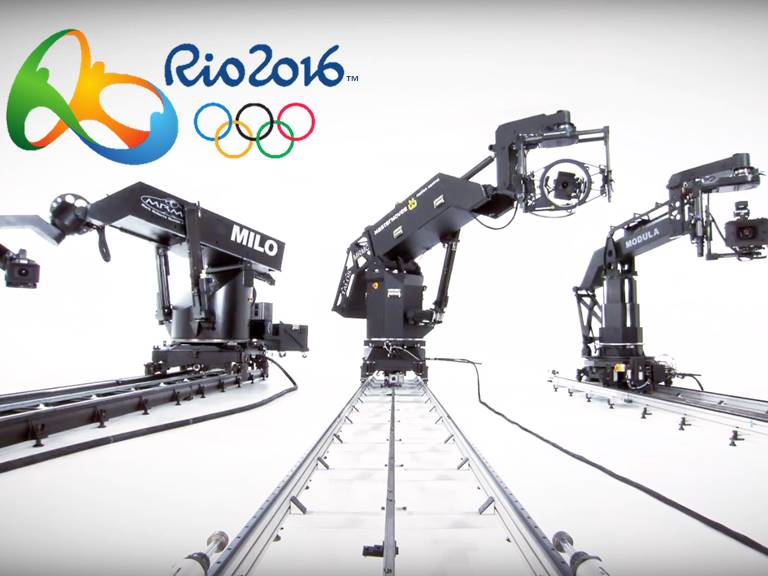 The Olympic Games have evolved into one of the best-managed global brand-marketing outlets in the world due to their global reach, and they are one of the largest and most profitable of all media events. We will discuss the technological advances behind the camera robotics, the hospitality industry’s preparations, Zika virus updates, and NBC’s broadcasting expectations. Brazil is the first South American country ever to host the Olympics, and it has faced both challenges and triumphs as it has undertaken rapid and expansive development in order to succeed in its role as host.

The Summer Games, taking place August 5–21 in Rio, are expected to generate record breaking viewership numbers. All eyes are on Brazil as it prepares for more than 10,000 athletes and hundreds of thousands of tourists to visit in just a few short weeks.

RIO OLYMPICS SET TO USE SMARTEST SPORTS CAMERAS EVER

The Rio Olympics will feature the most advanced cameras ever used. The state-of-the-art robotic camera rigs, developed by Mark Roberts Motion Control (MRMC), will help Getty Image photographers capture all the essential moments during the Games from multiple angles with radio transmitters, there was also a bit of time to play aloha slots. Photographers will have more control of the remote cameras and will be able to adjust vantage point, change the lens focal length and spin the camera for a 360-degree view. Ethernet cords will connect the cameras to off-site Getty photo editors instantly to bring record-breaking moments to viewers with unprecedented speed.

As one of the leading cities in international visitor spending in Latin America, Rio expects nearly half a million tourists in August, their typical low season. Rio’s local government developed a plan to construct 75 new hotels – 19,500 rooms – to accommodate the Olympic visitors. By April 2016, nearly all of Rio’s hotels were completely booked. As the currency becomes cheaper, it is likely thank more tourists will plan to visit Rio for the Games in August.

To encourage global brands such as Hilton and Hyatt to construct hotels in Rio, the city offered property-tax reductions. These new hotels will open by August. However, several high profile projects have been delayed including two Holiday Inns; the Trump Rio de Janeiro Hotel has been delayed as well, but a spokesperson has asserted that it will be ready for the Games. The Games will take place in August, during Rio’s winter, so conditions are expected to be drier and mosquitos less prevalent. Only one or two Olympic tourists would likely contract the Zika virus, according to a study published by Cambridge University Press in April.

More than 17,000 people attended test events between August 2014 and May 2016 and no cases of Zika were reported. The World Health Organization continues to maintain that there is no public health justification for postponing or cancelling the games. Athletes and visitors are advised to exercise caution by using plenty of insect repellent and wearing clothing that cover the body.

NBC announced in March that it had surpassed $1 billion in national advertising sales for the Rio Olympics; comparatively, the 2012 London Games only hit that mark two days before the opening ceremony.  NBC will pay $7.75 billion for the right to broadcast the Olympics through 2032.

According to an NBC executive, this year’s competition will be “the most sophisticated and technologically forward-looking presentation” the network has ever carried out. Over 6,000 hours of Olympic coverage will be broadcasted on both TV and mobile devices; 1,500 hours will be broadcasted on NBC’s 11 television networks while the other 4,500 will air on NBC Sports Live Extra mobile app and website.

For more details on The Olympic Games read our full report here or check out the first blog in our Road to Rio series.