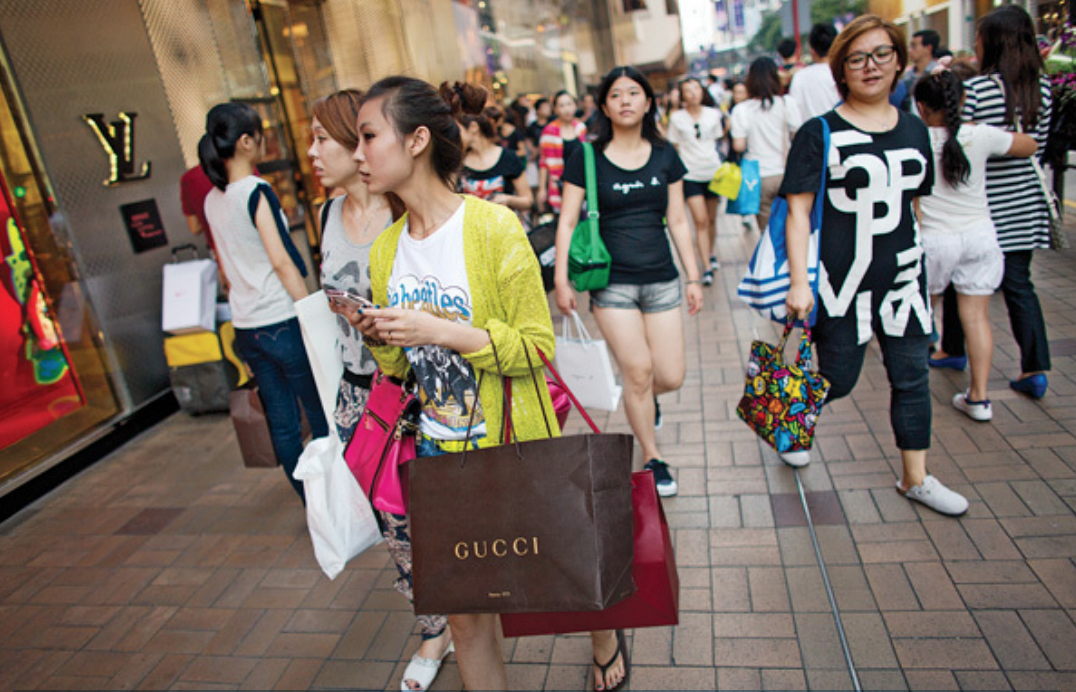 The Chinese shopper is coming, and big opportunities await retailers worldwide. That is the message from our newly published report, Global Chinese Shoppers: The $200 Billion Opportunity, a major study that we coproduced with consultancy firm China Luxury Advisors.

Chinese travelers are already the world’s biggest overseas spenders, and their average expenditure abroad is growing, giving a twofold boost to retail sectors globally. These consumers will continue to increase in importance over the coming years.

Our research found (or indicated) some startling numbers regarding these consumers’ value to retail:

• Overseas retail spending by Chinese tourists is expected to jump 23% in 2015, to $229 billion.
• By 2020, we estimate this group’s overseas retail spending will reach $422 billion—a projected five-year CAGR of 13%.
• We believe spending in some high-profile, long-haul destinations, such as the US, will grow at an even faster pace. And Hong Kong’s and Macao’s proportion of overall Chinese tourist spending will decrease as more travelers venture farther afield.

Underpinning these impressive retail numbers is a boom in outbound travel from China:
• Some 136 million international passenger journeys will originate in China in 2015, up 16% year over year, we estimate.
• We expect total outbound passenger journeys to roughly double between 2014 and 2020, to approximately 234 million journeys per year.
• Even amid concerns this summer over Chinese economic growth, the country’s international tourist numbers held up well, according to tourism offices and travel firms.

Our proprietary consumer research recorded the regional disparities in retail spending:
• The typical Chinese traveler currently spends an average of about $1,678 on retail purchases per overseas trip—and the greater the distance, the more he or she spends.
• In the US, the average retail spend per Chinese traveler will be $2,555 this year, while in Europe, it will be $2,548, we estimate. These figures are much higher than in closer destinations such as Hong Kong.

The numbers are promising, but there are still some challenges that arise from the changing nature of Chinese travelers. As more middle-income tourists venture overseas in the coming years, we think growth in average expenditure per tourist will moderate. And as more tourists gain confidence about traveling independently, tour groups will make up a diminishing proportion of the total, which means those retailers that have traditionally relied on funneling tour groups to their stores will have to work harder to attract tourist shoppers.

The impact of this coming growth will be felt most keenly by higher-end retailers. Already, more than 70% of Chinese luxury purchases are reportedly made outside China, and the clampdown on corruption is likely to push this number up as domestic luxury demand stagnates. It is imperative for high-end companies to carefully consider their strategy for reaching Chinese travelers.

Active brand management is crucial to capture the Chinese shopper’s attention and spend. This could necessitate opening stores in China, building media presence, working with Chinese celebrities and influencers, and/or engaging in an active ground game to reach Chinese tourists.

Big opportunities await, yet some things remain constant: retailers will, as ever, have to work hard to win share of wallet. We provide case studies of how some retailers and shopping centers are catering to Chinese travelers in our report, which also includes detailed results from our exclusive survey of Chinese consumers. You can download the full report from www.fbicgroup.com.