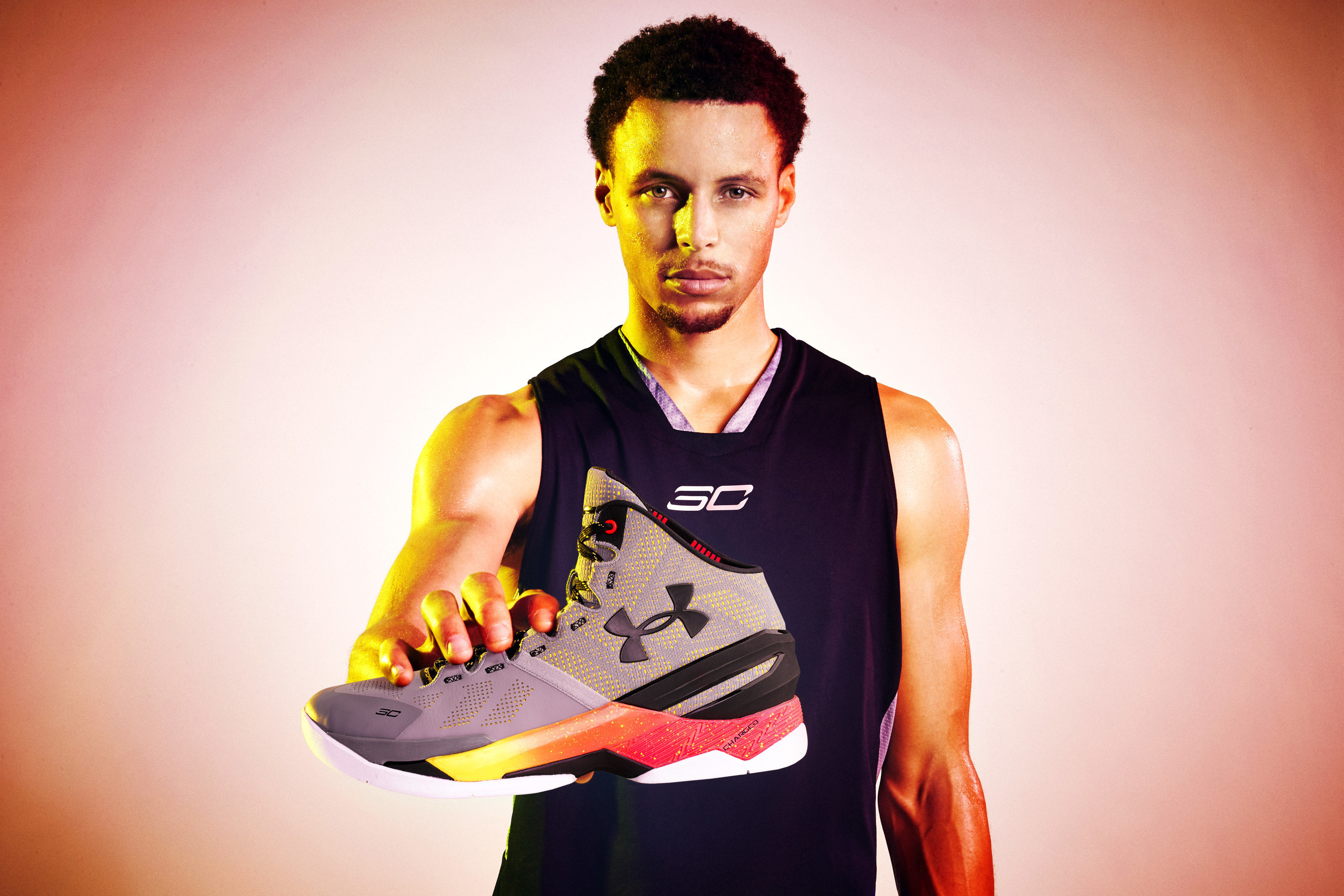 This week, we attended Under Armour’s Investor Day at its headquarters in Baltimore, MD. The company generated positive buzz among sports fans and investors alike with two announcements. First, NBA star Stephen Curry has extended his contract with Under Armour through 2024. Second, the company has set a 2018 revenue target of $7.5 billion, representing a 25% compound annual growth rate from the $3.1 billion in revenue the company reported in 2014. The figure represents a step up from the prior growth rate target of 22%.

CEO Kevin Plank characterized the company’s first 20 years as having been built on a promise to make athletes better.
Now, by leveraging its Connected Fitness network, Under Armour is positioning itself to evolve from a company
focused on changing the way athletes dress to one focused on changing the way athletes live. At the same time, the company says that it is just getting started in its evolution from a leading performance sports brand to a great global brand. The establishment of retail stores, particularly in Asia, should enable Under Armour to reach more athletes.

How does management plan to more than double revenue by 2018? By focusing on the sports category, developing innovative products, merchandising globally, maintaining its speed and reaching more athletes. For example, Under Armour soon plans to enter the sportswear category. A key focus is women’s athletic wear—and the company’s women’s team business grew by more than 40% this year. The motto is “We design for her.” In footwear, the company plans to establish product leadership (which leads to market leadership), build franchises and market its products by creating an emotional connection.

EVP of Innovation Kevin Haley said that Under Armour is an unconventional, contrarian brand, zigging where other have zagged. The company offers performance apparel and tight T-shirts made from synthetic materials and priced at $50; it sells over the phone; and it does not discount its prices. Its technologies include microthreaded apparel, which reduces drying time and weight by 30% and increases breathability by 70%, and its CoolSwitch technology, which uses a proprietary coating that pulls heat away from the skin, enabling greater endurance and, therefore, higher performance.

The company’s unconventional approach has created the world’s largest health and fitness community, Connected Fitness, with a total of 150 million registered users. Within this group are 60 million active users, engaging in 1.3 billion workouts per year, and recording the intake of 6 billion foods. Under Armour’s Connected Fitness platform can monitor daily activity, nutrition, fitness and sleep, and interface with connected apps, connected devices, Under Armour shirts and shoes, and advertisers. The platform includes a Consumer Insight Engine, which creates personalized content, communications, experiences, recommendations and products for users. The platform has $200 million in direct revenues today and can access the $8 trillion health and fitness industry, the $2 trillion food and nutrition industry, and the $250 billion sports apparel and footwear industry.

Stephen Curry, the winner of the league MVP award, who drove the Golden State Warriors to their first championship in 40 years, made a surprise appearance at the investor meeting. Curry’s first basketball shoe, the Curry One, and his signature apparel line were launched in February 2015, and the shoes continue to nearly sell out across all retail distribution channels. The Curry Two has already been launched in Asia, in conjunction with Curry’s Under Armour tour there. The shoes will be released in the US and globally on October 24. Curry’s relationship with Under Armour will continue to grow, as his signature product line expands and is increasingly sold on a global basis. At the same time, Curry will be a centerpiece of the company’s marketing campaigns, including for Connected Fitness: he will have a presence on fitness apps, and will design new training programs that will be available to everyone.

In addition to Curry, Under Armour highlighted its relationship with the NBA, announcing a 10-year partnership as well as its participation in the NBA FIT App, which will be powered by the Connected Fitness platform.

Plank also showed artwork of the company’s new headquarters, located in South Baltimore, which employees will begin occupying in January 2016. The company spent more than $90 million acquiring 130 acres of waterfront property, which will serve both Under Armour employees and Baltimore residents. It will encompass innovation labs, sporting fields, fitness centers, manufacturing facilities, public parks and green spaces. While the company has historically spent 3% of revenues on capital investment, it expects to spend 8%–10% of revenues on capex through 2018, with about half devoted to the new campus, investments in technology and expanding distribution centers.

Even after its huge success, Under Armour is excited about taking itself to the next level through a strong combination of connected and garment technologies, expanding its reach, and creating buzz about its brand through associations with leading athletes and professional leagues. We are fascinated by the company’s leadership in combining connectivity and smartphones with athletic wear, and we look forward to future innovations in this space.