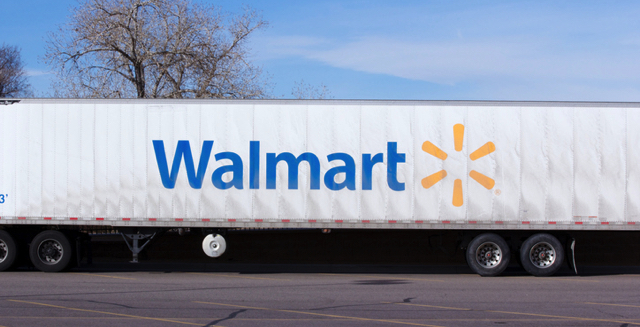 Walmart versus Amazon is perhaps the biggest retail battle of our times—and Amazon’s encroachment into brick-and-mortar grocery retailing with its Whole Foods Market acquisition has only heightened the competition. Coincidentally, both of these retail giants have recently made the unusual move of splitting out numbers for their online versus offline revenues. At Walmart’s annual Investment Community Meeting in October, management noted that it expects the Walmart US segment to see $11.5 billion in online sales in the year ending January 2018. When Amazon reported its third-quarter results in October, management said that the company had booked $1.28 billion in revenue during the quarter from its physical stores—mainly, its Whole Foods stores. From these numbers, we can see that the two companies’ online/offline splits are polar opposites:

Both companies are likely to grow those small percentage shares—brick-and-mortar sales will probably become more important for Amazon, just as online sales will for Walmart. And while much attention has focused on Amazon’s move into physical retail, we have been impressed with how Walmart has performed online over the past year, and note that the company has implemented a series of initiatives and acquisitions that have strengthened its hand in the competition for online dollars.

We provide a full timeline of Walmart’s notable e-commerce developments over the past 15 months at the end of this note. These are a few of the company’s most recent moves:

How Do We See the Battle Shaping Up?

The Walmart-Amazon battle is no longer simply about Walmart taking the fight online to prevent loss of share in nongrocery categories. Since Amazon’s acquisition of Whole Foods, the battle has been about winning across channels and across categories, from food to fashion. We expect to see no letup in innovation from either company—but if Amazon pushes into physical retail more aggressively, Walmart may shift its position from pushing aggressively online to defending its brick-and-mortar core.