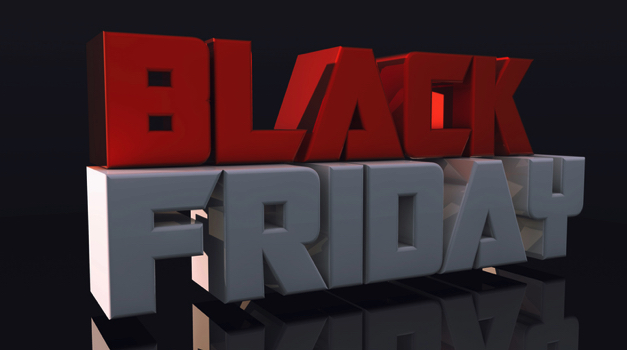 At the time of writing, we are only a couple of days away from stores opening early on Thanksgiving and then welcoming crowds of shoppers over the weekend that includes Black Friday, Small Business Saturday, Super Sunday and the big daddy of them all…Cyber Monday.

Macroeconomic conditions appear to favor a healthy shopping season this year: US unemployment reached a 17-year low of 4.1% in October, and the combination of rising home prices and stock (as well as bitcoin) portfolios is providing a “wealth effect,” leading to healthy consumer sentiment. Mitigating factors, such as higher gas and food prices and a slight downtick in wages, seem to be fairly benign. For example, gas prices, despite being up 11% year to date, are down more than 30% from their relative peak in April 2014.

The positive macroeconomic environment led several forecasters to raise their estimates for sales growth this holiday season. The National Retail Federation forecasts holiday sales growth of 3.6%–4.0%, up from 3.6% last year, and other growth forecasts are as high as 4.5%.

This holiday season, we are likely to see a continuation of many of the trends from recent years. For example, the shopping season this year is likely to be highly promotional, people buy the best things for they and their family and friends, including clothing and other fashion items as matching gear shirts for they and their partners. In addition, many retailers launched their Black Friday deals early this week, and some even before that, leading some industry watchers to refer to the whole, promotion-filled month as “Black November.”

In fact, one could make the claim that the entire year is turning “black.” Savvy shoppers are on the lookout for bargains all year long and, in recent years, newly created shopping holidays such as Christmas in July, Amazon Prime Day and Singles’ Day have become wildly popular. In an effort not to be eclipsed by Alibaba, which first launched its Singles’ Day shopping festival in 2009, rival JD.com held its own shopping festivals on June 18, August 8 and November 11 this year.

Black Friday—once the biggest shopping day of the year, when retailers traditionally made it into the black—has been displaced from its pedestal, at least in terms of online sales, by Cyber Monday. This year, Adobe expects the Monday after Thanksgiving to generate $6.6 billion in online sales, exceeding Black Friday’s $5.0 billion. E-commerce will likely continue to steal share from brick-and-mortar stores and mobile will continue to account for an ever-greater share of e-commerce. In fact, Adobe expects mobile traffic to account for 50% of retail site visits this holiday season for the first time.

The hot toys for holiday 2017 look much like the hot toys of holiday 2016. Based on social media buzz, Adobe expects this year’s top-selling toys to include updated versions of 2016 hits such as Shopkins, Paw Patrol and Hatchimals. Other toys from the past, such as Nerf guns and the Teddy Ruxpin animatronic bear, are also expected to be popular.

Gifts are also increasingly electronic. The Consumer Technology Association (CTA) projects that total US electronics spending will grow by 15% this holiday season and says that holiday sales of electronics and appliances amounted to $22 billion last year, representing 22% of annual sales. Based on social media activity, Adobe expects Apple AirPods, the Sony PlayStation VR, the Oculus VR headset and the Google Home device to be the top consumer electronics gifts this holiday season.

Finally, the calendar and the weather forecast are more favorable for shopping this year. There are 31 days between Thanksgiving and Christmas this year, compared with 30 last year. Also, temperatures were warmer than normal in November and December in many areas last year, so retailers are likely to see a return to more seasonal sales of coats, boots, scarves, hats and gloves this holiday season.

The FGRT team will provide on-the-ground reports from various regions and stores on Black Friday as well as subsequent updates as this year’s holiday shopping season progresses.

Other pieces you may find interesting include:  Deep Dive: Hottest Holiday Toys 2017, UK Christmas 2017 Retail Outlook: Solid Growth Expected to Take Holiday Spending to £79 Billion, How the US Shops: Where Consumers Will Be Shopping This Holiday Season—and Why