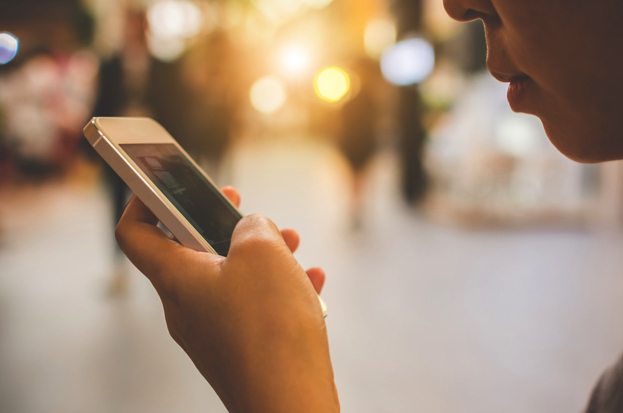 Some 40 years ago, American Express told its credit card holders, “Don’t leave home without it.” If that famous ad campaign were created today, it would likely refer to users’ smartphones, not their credit cards. That is because electronic payment systems that work via smartphone are already hugely popular in China, and are beginning to replace hard plastic credit cards across some Western markets, too.

In just a few years, China has evolved from a country where cash was king to one that runs on electronic payment systems—Tencent’s WeChat Pay and Alibaba’s Alipay, specifically. Meanwhile, Western countries, with their legacy payment systems, have lagged behind. These days, Chinese consumers do everything from making restaurant reservations, to booking taxis, to buying train tickets, to paying for small purchases within apps such as WeChat. And Alibaba has launched the Hema chain of supermarkets and other stores in China that do not accept cash at all. Some homeless people in China even accept donations via WeChat Pay.

It might seem highly unlikely that Westerners will ever enjoy the ease and convenience of mobile payments at the same rates as their Chinese counterparts. In the West, the payment culture has been highly fragmented and based on credit cards, and adoption of Apple Pay and other, less-successful platforms (such as CurrentC, Google Wallet, Chase Pay and Samsung Pay) has been slow. Apple Pay offers convenience, but the platform was recently passed by Walmart Pay in terms of users thanks to the large number of consumers who shop at Walmart. This week, Target also joined the fray, integrating mobile payments into a revamped version of its shopping app. One promising contender is Amazon Pay, whose reach is expanding. The platform has been undergoing testing at TGI Fridays restaurants and will be expanded to other restaurants through integration with the Clover point-of-sale system.

In the meantime, the Chinese electronic payment platforms have been expanding. Several examples follow.

Hong Kong, as a Special Administrative Region of China, seems a logical adjacent market for Chinese electronic payment systems. However, the region has long enjoyed and benefited from its Octopus smart card system. Octopus has been slow to embrace mobile commerce, though, and WeChat Pay will start being accepted at Hong Kong Mass Transit Railway ticket machines this month, with Alipay to be accepted “in the near future.”

Other places that see a large number of Chinese tourists have started to accept WeChat Pay and Alipay for the convenience they provide to users. For example, London’s Camden Market started accepting WeChat Pay in November, after having seen its percentage of Chinese visitors double from 5% in September 2016 to 10% in March 2017. According to VisitBritain, Chinese tourists spent £513 million ($686 million) in the UK last year.

WeChat Pay was announced in Continental Europe in July 2017, and the company plans to go live in November, partnering with German payments firm Wirecard. Alipay launched in Europe in 2015. It is understandable that Europe and other regions want to support the spending of Chinese tourists, who spent a total of $261 billion abroad in 2016, according to the United Nations World Tourism Organization. Tencent has said it has 600 million active WeChat Pay users and Alipay recently reported that it has 450 million active users, so accepting payment through these platforms means catering to a market of more than a billion users.

What about the US? While Alipay operator Ant Financial has seen its proposed acquisition of MoneyGram held up by US government agencies, Tencent and Alibaba continue to push forward in expanding their payment platforms in the US. Thanks to a partnership between WeChat Pay and Silicon Valley startup Citcon, Chinese tourists can now use their smartphones to pay for their purchases at brick-and-mortar stores in the US with WeChat Pay. In addition, Alipay recently announced a deal with payment processor First Data that covers the US, and about 4 million merchants across the country now accept Alipay as at form of payment. Finally, Alipay is welcome in New York City. As of November, about two-thirds of the city’s 14,000 yellow cabs accept Alipay, and most Las Vegas taxis already accept payment through the platform, too.

Although WeChat Pay and Alipay are hardly household names in the US, they have already begun to gain a foothold in the country, and could revolutionize the wide-open US mobile payment landscape.

Other pieces you may find interesting include: Deep Dive: WeChat—From Messaging App to Profitable Ecosystem, Alipay—Transactions Via Alipay Reach Another Record High