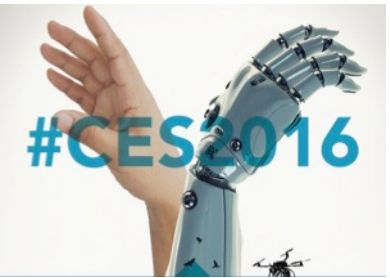 On the last day of CES 2016, companies were still unveiling a multitude of cool new gadgets, here are a few of our highlights:

Canhe-Fit—a fitness tracker for your pet Canhegat, an engineering and design company, introduced its Canhe-Fit on day three. Canhe-Fit is an animal pendant that monitors a pet’s activities and notifies the owner about the pet’s nutrition. The pendant is connected by Bluetooth and works with an app to provide the owner with information regarding the pet’s food intake, energy output and exercise level. It also has a GPS system that helps owners keep track of their pet.

CleverPet, a pet technology startup company, unveiled the world’s first game console for dogs (and particularly friendly cats). CleverPet provides challenging games for dogs and cats with puzzles of various kinds that rely on touch pads, sounds and lights. When a pet completes a task, the game automatically rewards it with a treat. The idea is to keep pets engaged when pet owners are not at home.

The product was in development for two years, which included beta testing on about three dozen dogs, and finally went on sale this week through the company’s website. It is priced at $299 ordinarily, but is currently offered with a $30 discount.

Sensibo is a small device that makes an air conditioner “smart” by connecting it to the Internet. The device contains sensors that detect temperature, relative humidity, light and even the presence of an ibeacon. Sensibo also allows owners to set a timer to precool a room, helping to save energy and money. It can be used with window, central or any other kind of air conditioner, but requires the use of a remote control. Sensibo’s common interface can be used to connect all the air conditioners in a house, even if they are made by different manufacturers.

Xelfie helps users take the perfect selfie from a distance and avoid the same tired old angles and poses. The tiny, button-like device comes with a smartphone app and will work with the built-in camera on iPhones and Android devices. HTC introduced the biggest feature of its Vive VR headset, a front-facing camera. The camera lets wearers immerse themselves in the experience without having to lift VR gear to look around. The addition of this latest technology allows an individual to replace the virtual world with a “chaperone mode” that offers a full view of the wearer’s surroundings.

Day three of CES 2016 featured a flood of augmented reality products, including smartglasses from the likes of Lumus and Osterhout, which feature ultratransparent views with 3D stereoscopic displays. The augmented reality glasses come equipped with innovative features and major target markets include warehouse, government, transportation, logistics, energy and healthcare companies. The main functions and features of the AR glasses include:

Named after the original Orpheus, the $50,000 Orpheus headphones provide for an unparalleled sonic listening experience. Made and assembled in Germany using 6,000 individual components, plush leather cushions, gold vaporized ceramic electrodes and Carrara marble, the Orpheus will launch with an inaugural batch of 6,000 headphones in mid-2016.