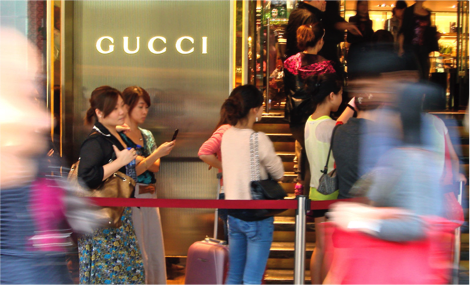 Recent retail headlines trumpeting store closures (Macy’s and Target), bankruptcies (Delia’s and Wet Seal) and potential bankruptcies (RadioShack) can be disquieting. But they are really nothing out of the ordinary. Retailers typically hold on through the holidays to capture seasonal demand before announcing inventory liquidation sales (including fixtures) and shuttering stores.

As we enter an increasingly omnichannel world, and with ecommerce still in early days, FBIC is taking a closer look at store closures: the rationale behind them, key trends, vulnerable retail categories and the outlook.

The US retail sector has long been derided for being overbuilt. With 23.7 square feet of (gross leasable area) GLA per capita, the US has nearly 40% more retail square footage (SF) than its Canadian neighbors to the north.  Compared to Brazil, where GLA is less than a foot per capita, the overbuilding is absurd. Given the double-digit growth rate in ecommerce, it’s no surprise that total shopping center GLA barely increased (by 0.3%) in 2013 and likely declined in 2014.

A SEASONAL PATTERN TO STORE CLOSINGS

Based on quarterly data available from 2010 through 2014, we see in the figure below that the majority of store closures are announced in 1Q, which typically represents 40%-45% of the total closures for the year, and the remainder is split fairly evenly between 2Q, 3Q, and 4Q.  The figures in the graph are skewed due the high number of store closings in 2Q 2014, when the number of closings was three times the average for 2010–2013.

Retailers shutter stores for a variety of reasons, ranging from a desire to move to a better location with improved amenities, or to pursuing more brand-appropriate adjacencies to forced liquidation.

Pruning store fleet. Opening and closing stores, expanding locations and store remodels, are fundamental to retailing, and a portion (about 5%) of a retailer’s store fleet undergoes these adjustments continually. Retailers that grow through acquisition frequently prune the acquired fleet to avoid duplication within a market trading area (it can also be an anti-trust requisite, as was the case with Dollar General’s bid for Family Dollar).

Re-establish supply-demand equilibrium. Fashion brands go in and out of favor. During the 1990s, specialty retailers expanded at a rapid pace as they captured apparel market share from department stores. As the current century got underway, many retail banners had expanded beyond their optimal size, and store productivity suffered.

Market and/or competitive forces. Similar to Gap, teen retail concepts enjoyed vibrant growth through the 1990s and into the 2000s as American youth bought denim, Henleys, graphic T-shirts and hoodies. This too came to an end with the confluence of the iPod (the must-have fashion accessory of 2007), fast-fashion retailers (Forever 21 and Zara), an unending supply of new brands via the Internet, and the Great Recession of 2008.  Aeropostale, American Eagle, and Abercrombie & Fitch saw their target consumer move on to other brands and categories, and all three (along with other retailers targeting a youth demographic) are closing underperforming stores in tandem with natural lease expirations.

Recent bankruptcy announcements at Delia’s (December 2014) and Wet Seal (January 2015) are further evidence of how competitive the teen apparel retail space has become.

In the accessories arena, which a bevy of new designers and labels have entered, Coach is executing a multiyear repositioning strategy to become the “leading global modern luxury lifestyle brand

Meanwhile, consumer electronics retailers, office suppliers and stores offering various forms of media, such as books, CDs and DVDs, have seen their customers flock to the best price/value and convenience providers—frequently Amazon and Walmart.com. Not surprisingly, the steady adoption of ecommerce by the US public, along with showrooming and webrooming, led to notable bankruptcies among booksellers and consumer electronics retailers. The saga continued with RadioShack’s attempt to close 1,100 stores in 2014 and subsequent bankruptcy filing February 5. Branded products that don’t need examination easily transferred to online sales once the consumer was comfortable transacting in that venue.

Poor retail execution. Be it a lack of inventory discipline, not knowing the target customer (JC Penney under Ron Johnson), or an inefficient supply chain and the consequent high out-of-stock metric, strategic missteps have also led to store closures. Creative destruction and urban renewal will continue to change the retail landscape to reflect consumer desires.

Overbuilding during the last cycle and rapid technological advances will continue to impact retailers in 2015. CoStar has identified seven retailers that are at risk of substantial store closings this year, representing 442 million square feet of retail space across the US and, roughly 3% of the occupied stock.