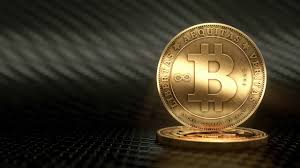 Most people have heard of Bitcoin; fewer people are aware of the engine that makes it run. That would be the “blockchain,” a distributed public ledger that allows the registry and transfer of digital assets—such as bitcoins—without the need for a central authority to verify transactions. (It is called a blockchain because each “block” represents a group of transactions that have been deemed valid by network consensus and added to a growing “chain” of confirmed transactions.) As more people awaken to the potential scope and force of this new idea, it is powering what has come to be known as Bitcoin 2.0 (or, more broadly, Crypto 2.0)— that is, the use of blockchain technology for things other than just digital currency.

The first wave of 2.0 projects mostly see themselves as disrupting traditional financial services, which are heavily dependent on centralized third parties, and replacing them with peer-to-peer exchanges. (Paul Brody, formerly of IBM, characterizes this as recreating the functionality of a bank in a distributed way.) Beyond that, a smattering of newer companies is extending the blockchain idea to areas ranging from crowdfunding to social media and even supply-chain management. On the horizon is a tantalizing vision of the blockchain as the spine of a new Internet-like value protocol that would support a wide range of DApps (decentralized applications).

Meanwhile, most 2.0 companies are still in their infancy–this is very much a world of startups, seed money and big dreams. It remains to be seen whether or not any of these business plans are either scalable or sustainable.

Some of the most intriguing projects include: