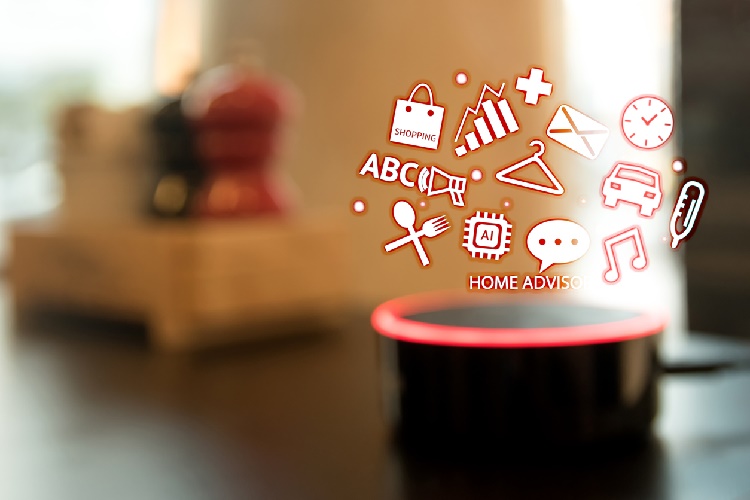 In the beginning, there was Siri. The groundbreaking voice assistant only worked with recent-model iPhones, however, and its imperfect voice recognition led it to be the object of many a joke and cartoon. Siri’s wake saw additional assistants from other technology leaders, such as Cortana from Microsoft and the Google Assistant. Then Amazon entered the fray with its Echo device, which runs its Alexa platform, and it became clear to consumers how useful voice assistants could really be.

Users can ask Alexa a multitude of unscripted questions, and Alexa does its best to answer. Its functionality was cleverly designed to be adaptable, and its repertoire has been expanded: Alexa can now control home automation and security devices, order a car from Uber, tell the temperature, set alarms, and perform other tasks. As of July, Alexa had at least 15,000 skills, and the number continues to increase.

At the CES trade show in 2016, Alexa communicated with a Ford vehicle in a demonstration: the goal was for Alexa to turn on the lights in a house when the car approached the house and to tell the car to start itself on a winter’s day while the owner waited, toasty warm, inside the house.

Of course, Alexa can also order items from Amazon, which has led to some unexpected results. For example, one kid vocally wished for a dollhouse while Alexa was listening (but presumably her parents were out of earshot)…and a dollhouse was subsequently delivered to the child’s home. The power to place orders through Alexa has since been tightened up. Recent add-ons to Alexa’s functionality include the ability to make old-fashioned voice calls and an add-on gadget that can scan the user’s wardrobe and make recommendations.

Amazon Echo buyers unwittingly let a Trojan horse enter their dwelling when they unpack an Echo or Dot, as the devices bring with them an “insanely great” catch (to quote the late Steve Jobs). The catch is that Echos require Amazon Prime service for ordering and for a number of services. So, once a consumer has purchased an Echo, he or she will likely be seduced by the convenience of Prime membership and feel compelled to pay the $99 annual Prime membership fee, lest the Echo turn into nothing more than a high-tech paperweight. The usefulness of the Echo helps encourage Prime members to resubscribe, too, and Amazon recently dropped the price of the original Echo and introduced several new form factors in order to offer precisely the size and features the consumer needs. HTC is offering a smartphone enabled with Alexa, and one person even found a way to wire a Dot into his car.

The wild success of Alexa and the Amazon Echo has not gone unnoticed in the consumer electronics industry, which is rife with imitators. The Google Assistant has rematerialized in hardware form, and Samsung is working on its own device. Chinese tech companies such as Alibaba, JD.com, Tencent and Baidu have joined the fray, too, and are developing their own devices, which can understand Mandarin and various other Chinese dialects. Given that Google remains blocked in China, the Chinese market will likely go to its domestic players.

Even Apple is making a go of it again. The company has been honing and refining Siri’s functionality and it has demonstrated a device called the HomePod that is scheduled to launch later this year. Apple had to offer cutting-edge technology, as it was so late to the game, and the HomePod excels at sound and music quality—in terms of both sound recognition and production—which is fitting, as music is one of Apple’s core businesses. The device will likely appeal primarily to diehard Apple fans due to its high sticker price ($349). Those flush with cash may want to purchase multiple HomePods, as they are able to locate each other and offer the optimal sound distribution within a room or rooms.

It is possible that consumer tech is dividing into separate tribes: the Amazon tribe, the Google tribe and the Apple tribe. Each company offers a smartphone, an intelligent voice appliance and content for its devices. Walmart recently announced a partnership with Google that enables Google Assistant users to order from Walmart.com. Apple, though, still lacks a grocery partner.

Amazon has a tremendous first-mover advantage in intelligent voice appliances, backed by its huge e-commerce offerings and content library, so it is Amazon’s game to lose. Still, users have to pay the Prime membership fee to enjoy all its offerings, and there is room for other players, such as Google, to grab some share. Apple is late to the game but, as always, can leverage its cult following.

Other pieces you may find interesting include: Smart Retail Summit 2017: The Future of Retail, Robotics, Smart Home, AI and Data, The Clone Wars: Amazon Go–Type Stores Already Open for Business in China,