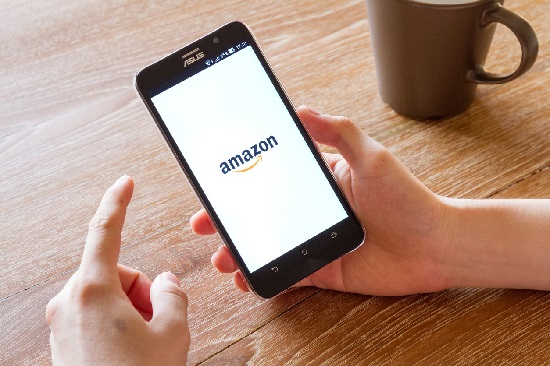 Amazon wowed analysts and investors last week with a dramatic earnings beat on the back of remarkable fourth-quarter sales growth of 38%. Amazon provides updates on sales in specific international markets only when it reports its full-year results, as it did last week, so the most recently announced yearly figures give us a chance to review how the company is growing by region.

The US accounts for two-thirds of Amazon’s net sales, Germany just under 10%, the UK 6% and Japan nearly 7%. So, the company’s non-US operations are minor but meaningful. As we chart below, Amazon’s very strong performance in the US in 2017 was complemented by strong growth in the UK. The company’s growth also substantially outpaced that of the total online market in both countries. The revenue booked by Amazon does not directly reflect total sales through the site, because third-party sellers account for much of what is sold on Amazon. As it does each quarter, Amazon stated in its most recent announcement the proportion of total unit sales that were made by third-party sellers, which we chart below. In the fourth quarter, this figure showed a small sequential uplift, to 51%, but third parties’ contributions to sales have shown a plateauing trend since the second half of 2016. Lastly, a note on Prime: Amazon said that it shipped more than 5 billion items worldwide with Prime in 2017 and that more new members joined Prime last year than in any previous year, both in the US and worldwide. The company also launched Prime in the Netherlands, Luxembourg and Singapore in 2017. Prime in India expanded to include 25 million products from third-party sellers.

Prime drives sales at Amazon—that is clear. In particular, Prime encourages members to shop on the site for nontraditional Amazon categories such as apparel and groceries. So, a bumper year for Prime membership in 2017 suggests that Amazon will see sustained sales momentum into 2018.