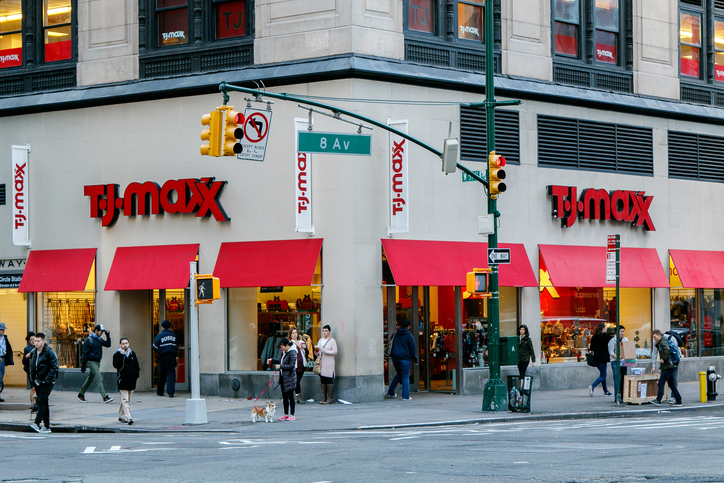 At Coresight Research, we’re often asked some variation of “Could Amazon put an end to the off-pricers’ strong run?” The top three US off-price retailers are TJX Companies (which owns T.J. Maxx and Marshalls, among other banners), Ross Stores (operator of Ross Dress for Less and dd’s Discounts) and Burlington Stores, and all three have enjoyed stellar growth in recent years: between 2013 and 2017, revenues grew by 31% at TJX US, by 38% at Ross Stores and by 37% at Burlington. But could Amazon grind their growth to a halt?

We have long argued that Amazon has effectively been operating an off-price fashion site. Amazon.com has traditionally focused on third-party brands that offer some big product names mixed in with low-price “unknowns.” Major brands’ offerings on the site have tended to be patchy and include subprime or previous-season stock. In some cases, non-authorized sellers offer “gray market” stock, and branded apparel items on the site are almost always priced below standard retail price.

In addition, Euromonitor International estimates that Amazon sold almost $25 billion of clothing and footwear in the US in 2017, versus TJX’s US sales of $27 billion (including nonapparel goods). Those figures indicate that Amazon could already be one of America’s biggest off-price retailers.

Amazon Is Moving Further Away from a Discount Fashion Proposition

However, we perceive that Amazon is now backing off from a cut-price, limited offering, rather than encroaching on the off-pricers’ territory. In the past year, Amazon has struck deals with brands such as Nike and Calvin Klein to sell their products on its site; in the case of Calvin Klein, this included some exclusivity, implying that Amazon is moving away from a discount position in fashion. Moreover, Amazon has grown its private-label offering substantially. As our exclusive research in June showed, Amazon’s own-brand apparel offerings span almost 5,000 products across dozens of brands. In total, some 66 of Amazon’s 74 private labels include an apparel offering. These changes to Amazon’s fashion offering further differentiate the company from the off-pricers, which focus on branded products acquired opportunistically from excess inventories.

In the coming years, we see physical retail clustering around four functions that e-commerce either cannot serve at all or cannot serve as well as offline retail:

So, in our view, off-price retailers are a cornerstone of the discount segment, and we expect shoppers to continue to search them out even as they increasingly turn to sites such as Amazon.

Other pieces you may find interesting include:  TJX Companies (TJX) Fiscal 2Q18 Results: Raises Guidance on Solid First Half, Traffic Continues to Drive Comps, Is Europe Ripe For An Off-Price Boom, Amazon: The Sleeping Dragon in Private Label, Amazon Pay Places: Amazon’s Next Conquest Could Be Mobile Payments, Amazon Announces a Record Third Annual Prime Day,  Amazon in 20 Charts—the Rise and Rise of the E-Commerce Giant.