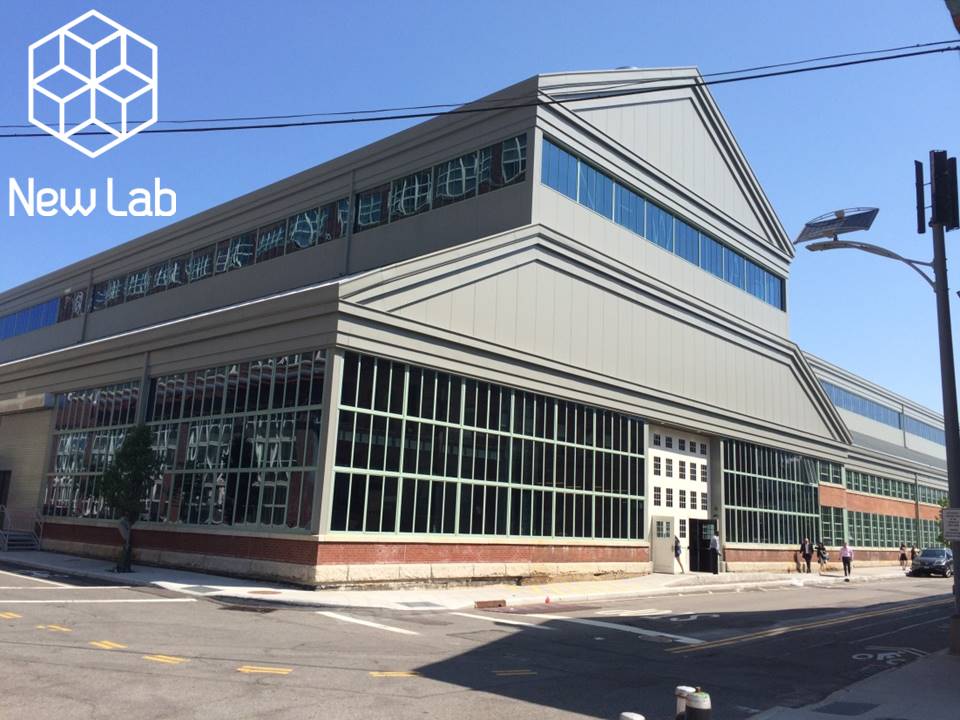 This week, the Fung Global Retail & Technology team attended the ribbon-cutting ceremony of New Lab, a multidisciplinary design, prototyping and advanced manufacturing hub located in the recently renovated Building 128 at the Brooklyn Navy Yard. The event was attended by local New York City government officials, including the Deputy Mayor, and members of the City Council, as well as by press.

Renovating and opening the facility, which is housed in a building originally constructed in 1902 for the purpose of shipbuilding, was a five-year project involving both public and private entities. The result is a beautiful, multifunctional work space for growing companies that includes labs, cubicles, conference rooms and informal meeting areas. The facility is part of an effort to bring technology and manufacturing jobs back to New York City, and the government officials who spoke at the ribbon cutting expect the number of jobs at the Brooklyn Navy Yard to double, to about 15,000, by 2020.

New Lab calls the newly renovated building “a cathedral of manufacturing—past, present and future,” and photos of the building’s high, vaulted ceilings support that description. The building offers 84,000 square feet of space for use by 50 companies. The facility includes studios and reserved work spaces; lounges and open spaces; prototyping shops; event space (where the speakers gave their remarks); meeting rooms; and a café and kitchen

Initial tenants in the facility include: New Lab bills itself as “an interdisciplinary space that supports advances in hardware, material sciences, manufacturing and robotics.” It offers space and a platform for inciting new paradigms in manufacturing and seeks to nurture companies that are pushing boundaries and developing the next generation of responsible enterprises. The lab supports collaboration across the following disciplines:

New Lab emerged from a 2011 visit to Building 128 by Co-Founder David Belt and the President of the Brooklyn Navy Yard. (New Lab’s other Co-Founder is Scott Cohen.) Belt is a real estate developer and founder of Macro Sea, a real estate development firm. The visit led to the creation of predecessor New Lab Beta Space in 2013 (also located in the Brooklyn Navy Yard), and then to the opening of New Lab in June 2016. The two spaces have received a total of $120 million in funding.

The first five naval shipyards in Brooklyn were authorized by US President John Adams in 1801. Building 128 in the Brooklyn Navy Yard was the primary machine shop for every major ship launched during World Wars I and II, including the USS Arizona (which was sunk in Pearl Harbor). The Navy Yard was closed in 1966 amid sweeping defense cuts and was transformed into an industrial park over the period of 1969–1981. Starting in 1987, the Brooklyn Navy Yard Development Corporation began to diversify the tenant base, opening the Yard to occupants such as film and television studio Steiner Studios, green tenants and New Lab.

Read our full report on our visit to New Lab here.