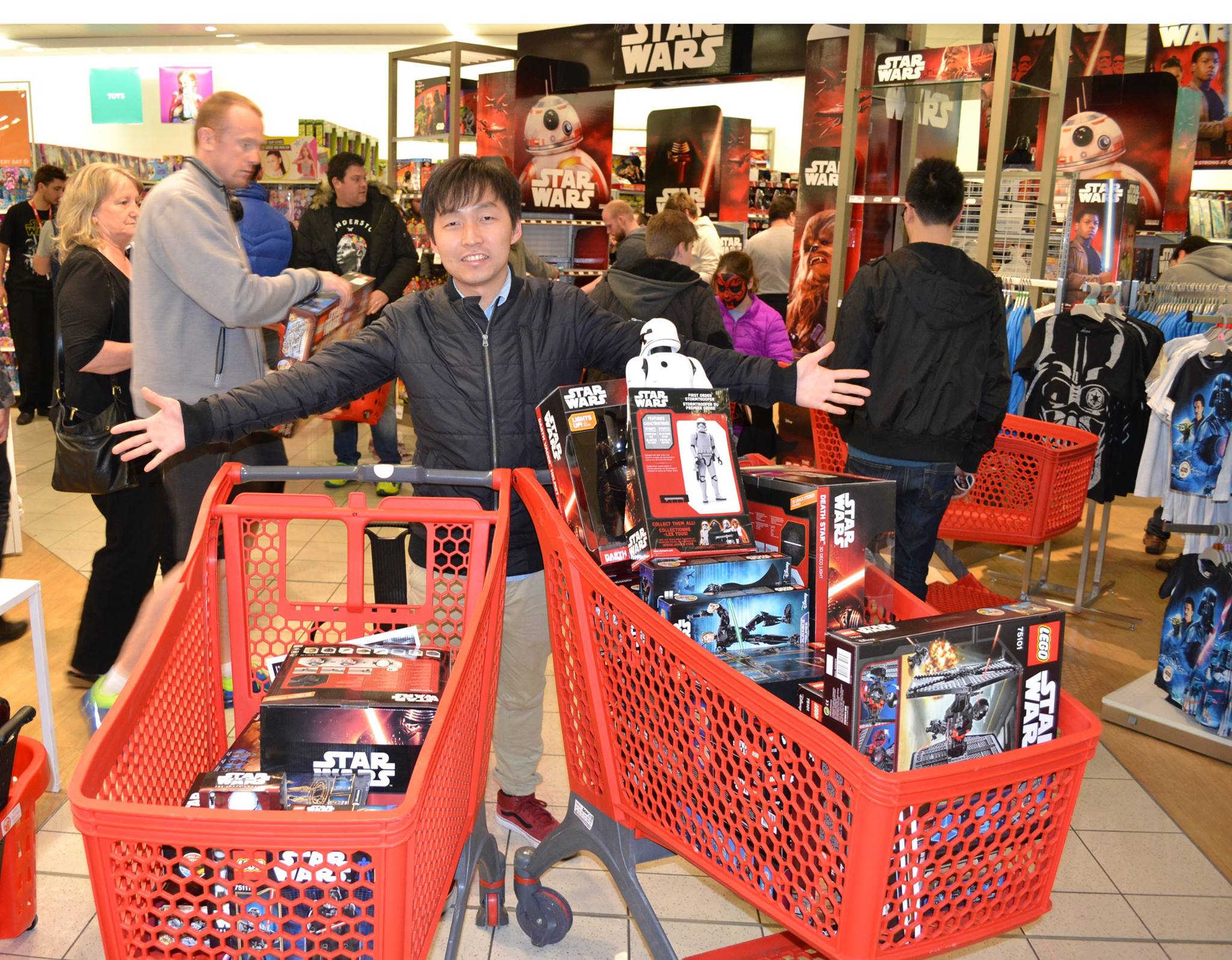 On Friday September 4th, the galaxy that was far, far away came crashing down to a mall near you.  Its now Tuesday and we’re still recovering from the effects of the Star Wars merchandise launch of #ForceFriday and processing the fall out – as well as bracing for the next 100 days or so of hype leading up to the release of Episode VII – The Force Awakens.

As extensively covered in the media, Amazon, Toys R Us, Walmart, Petco, Target, and other major retailers opened their doors (or sites…) to over 500 new Star Wars related products at 12:01am, the hottest of which (and hardest to get) are the BB-8, a cute smart phone controlled spherical droid made by Disney-backed start-up Sphero, a Kylo Ren lightsaber in various forms, including chopsticks, and Limited Edition Kylo Ren figures from the likes of Hot Toys. Petco’s Chewbacca dog chew toys, however, appear to be more readily available.

Our piece on Layaway Programs published last week opened with the huge impact Star Wars was having on retailers like Walmart:

“Walmart launched its holiday layaway program on Friday, August 28, the earliest start for the sales driver ever and two weeks earlier than normal. The launch came in preparation for the release of the Star Wars Episode VII: The Force Awakens merchandise that will arrive in stores on September 4.

The company will have 500 new Star Wars products in stores. According to Walmart, its new Toy Week—scheduled for August 28–September 4 to coincide with the release of the Star Wars merchandise—could be the biggest week for toy sales outside the holidays.”

This of course is the first major release of a StarWars film under Disney since the $4 billion purchase in 2012, and Fortune aptly points out “Star Wars is about to get the Frozen treatment” in their article “The hype awakens.”  In conjunction with Makers Studio, another recent billion dollar Disney purchase, Disney did an unboxing across 15 locations in 12 countries – all live streamed on YouTube over an 18 hour rolling format reminiscent of New Year’s Eve, with Sydney kicking things off of course. Speaking of social media, Twitter not only had the #ForceFriday hashtag in full force and effect on Friday (tweeted 68,000 times in 24 hours), but also developed special Star Wars emojis – launched in April for the die hards, but they added an X-Wing emoji on Thursday ahead of #ForceFriday.

Target, who’s ecommerce sales have leaped 30% YoY (covered in our Monthly eCommerce Report), was a major advertiser on Twitter and and sponsored filters on Snapchat, as reported by Digiday.  Other major brands with big Star Wars themes, according to Digiday, include Hallmark, American Tourister, Hot Wheels, Spencer’s, Lego, Hasbro, and even Little Debbie and Duck Tape.

What does this all add up to?  Piper Jaffray puts the number at $3 billion with $500 million coming from toys.  If the next 95 days are anything like the first 5, that number could well be out of this world.