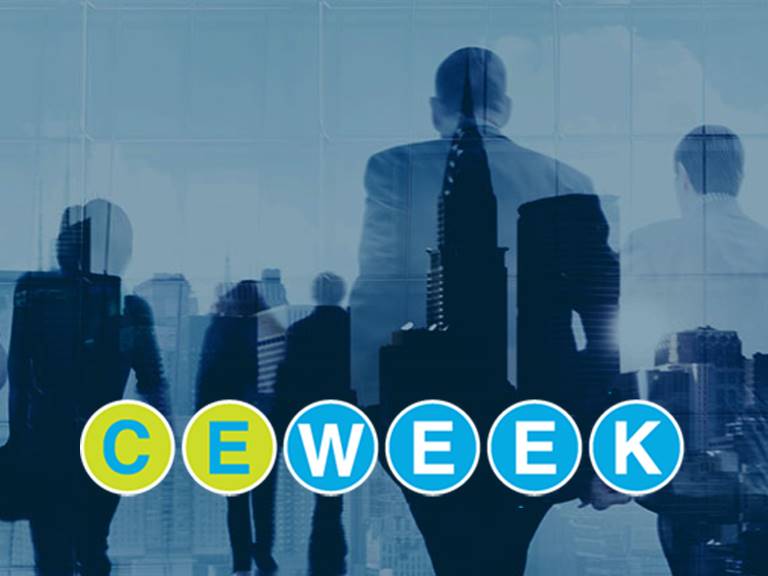 Each summer, electronics manufacturers, media and analysts converge to showcase, debut and see exciting products at the CE Week consumer electronics show. This year, the Fung Global Retail & Technology team attended the event, which has been held annually for 10 years.

Over the course of three days, hundreds of new products were on display and more than 75 tech industry leaders participated in conference sessions that attracted more than 3,000 attendees. Hot topics at this year’s CE Week included virtual reality, drones, wearable technologies, smart homes, 3D printing, robotics and more. Below, we highlight some of the award-winning products that were demonstrated at the show.

New York City–based startup Uncharted Play won one of the Technovation Awards at CE Week 2016. These are awarded to top startups that display well-executed product concepts and disruptive technologies. Uncharted Play transforms everyday products into sources of renewable power through kinetic energy. One of its products, the Soccket, is a soccer ball that generates and stores energy as it is kicked. About 30 minutes of play can power an LED lamp that comes with the Soccket for three hours. Last year, the company generated an estimated $2 million in revenue. Jessica Matthews, the company’s Founder and CEO, has been named to the annual Forbes 30 Under 30 list, and the company just closed a $7 million series A round of funding. The second Technovation Award was presented to Fusar, which makes a smart helmet kit that works with any helmet. The Fusar system attaches to an existing helmet and functions as an action camera, activity tracker, communication device, navigation unit, music player, black box and emergency system all wrapped into one. Once the clip is attached to the helmet, the rider can control everything through the Fusar app. The company debuted its product at the CES trade show in Las Vegas in January and it expects the kit to be available in the third quarter of 2016 for $549.

Roost, a California-based “real-tech” company with a collection of Wi-Fi and app-enabled devices, has expanded its smart home portfolio with a leak and freeze detector. The device monitors water pipes, and sends an alert to the user’s smartphone if a pipe leaks or bursts. The device’s sensors can also detect mold and mildew damage caused by high humidity, as well as inefficient energy use due to abnormal temperatures. The Roost Smart Water and Freeze Detector will ship this fall and will retail for $49.

At CE Week, the Best in Show product award is presented to 10 companies with the industry’s “coolest” products and technologies. This year’s winners were Epson, Global Ionics, Jasco, Kodak, Lenovo, LG, Odyssey Toys, Onkyo, Phazon and Samsung. We briefly describe these companies’ winning offerings in our report.

We enjoyed attending CE Week 2016 in New York City and look forward to seeing and reporting on more tech innovations at other events throughout the year.