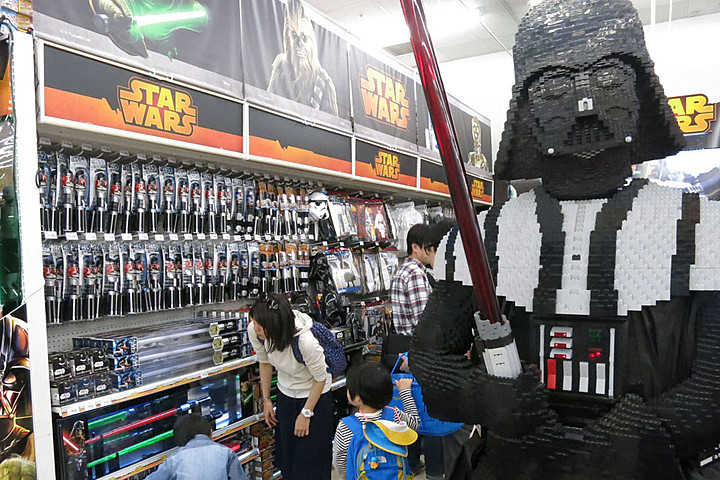 According to The NPD Group, toy sales are up 7% from January through September, and annual toy sales are expected to increase 6.2% to $19.9 billion in 2015. This acceleration from last year’s 4% rise is the largest increase in at least ten years. Led by lofty expectations for Star Wars property given the highly anticipated movie launch of Star Wars: The Force Awakens on December 18th, sentiment is favorable for toy sales this holiday season — a time period that accounts for roughly half of the year’s sales.

In addition to Star Wars, this season’s hottest properties include Minions, Paw Patrol and Minecraft. Lego remains a solid performer, and Hot Wheels is a strong product in international markets. Last year Frozen property dominated the market, even on its second year of merchandise after the November 2013 movie release. Impressively, Star Wars is expected to far exceed Frozen as it appeals to both children and adults. Hasbro, the toy company with the rights to most Star Wars products, noted that sales to date have surpassed their already high expectations and that some products had sold out, particularly the lightsabers.

Also positively impacting sales, toy manufacturers are doing a better job of integrating electronics into products as chips continue to get less expensive and more powerful. For example, Mattel’s new Barbie features speech recognition and can have a two-way conversation and Hasbro’s StarLily, My Magical Unicorn responds to voice and touch with more than 100 sound and motion combinations. This is especially important for attracting previously neglected tween market. The rise of electric scooters have all the kids get excited during the holiday season too.

Kennith, a scooter expert from ScooterAdviser, described the e300 by Razor. “The E300 is perfect for anyone who wants to have a quick ride around the cul-de-sac or a quick trip to the corner store.” The electric scooter boom has made it possible for parents to buy their kids something that could train their balance and improve the motor skills.

Target is optimistic about toy sales for the holiday season. The company’s toy comps were up 12% in 3Q, with broad-based strength particularly across small doll, Lego, action figure and board game categories. A strong response to its Star Wars assortment was noted, as well.

Walmart US CEO Greg Foran also believes it’s going to be a particularly strong year end for the toy category given the improved integration of electronics into toys.

For more info on toys this holiday season, check out our Toy Price Tracker and Holiday Toy Reports!