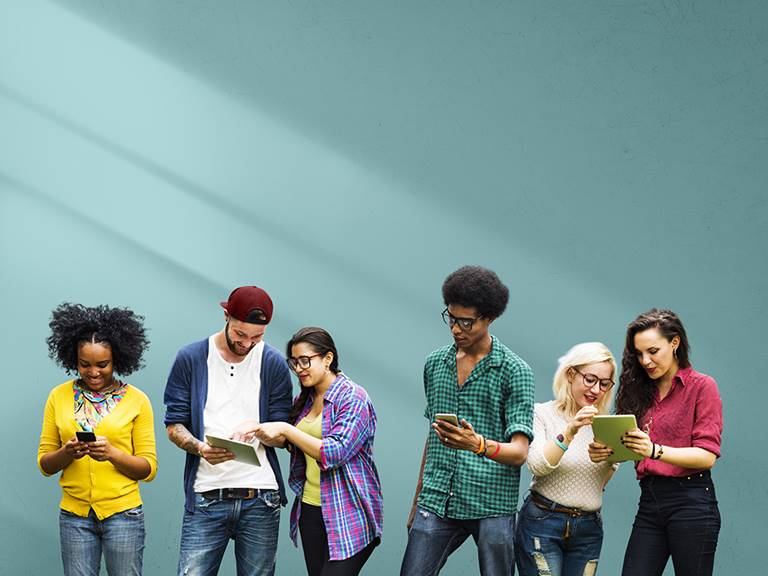 We have identified three defining attributes of Gen Zers, which principally arise from their wholesale adoption of new technologies.

1. The Importance of Self-Image

Gen Zers tend to attach great importance to personal appearance: they are the first generation to grow up “in public” online, i.e., documenting their lives on social media. Evidence suggests that this is leading even young children to use beauty products and is raising body consciousness among young people.

Recent data from Mintel confirm the extent to which US teens and tweens (those in the years approaching teenagehood) are concerned about their appearance. It found that 90% of girls and 80% of boys ages 9–17 in the US are using beauty products.

We think social media has also led Gen Z to value experiences more than other generations do, as the technology has heaped pressure on them to be perceived by their peers as leading interesting, fun, experience-rich lives. Younger consumers tend to enthusiastically document their lives on social media, and many of them want to be seen traveling, attending concerts and sports events, dining out, and enjoying other leisure activities. The result is what we call the Instagram effect on consumer spending. A second factor boosting spending on experiences is mobile connectivity, which is making it easier for consumers to find and book services. Apps such as YPlan allow users to discover leisure events and activities in their city, and online and app-based booking intermediaries—such as Just Eat and Deliveroo in food service—are making it easier to spend on services. Gen Zers’ innate familiarity with tech such as mobile apps suggests that they will be at forefront of this trend of finding and booking services online.

The on-demand economy, ranging from video-on-demand services such as Netflix to dates-on-demand apps such as Tinder, is making Gen Z the most demanding, least-patient generation ever; this is the “always-on, on-demand” generation.

The near-unlimited choice of products, services, information and entertainment has resulted in a consumer base that expects immediate gratification. Reflecting this demand for immediacy, a 2015 Canadian study by Microsoft found that the average person’s attention span has fallen to eight seconds, down from 12 seconds in 2000—which compares unfavorably to the average nine-second attention span of a goldfish.

US consumers spent $829.5 billion on Gen Zers in 2015, we estimate. This is equivalent to 6.8% of total US consumer spending last year, and was an 8.1% increase from 2014. We estimate that around $66 billion of the 2015 total was spent on discretionary categories, while most of it was spent on essential or semidiscretionary categories such as housing, food, clothing and transportation. Gen Z’s members have not yet all been born, so this generation’s spending power will only rise in the years ahead.

In short, exposure to near-infinite choice and access to near-endless information makes this generation more demanding than any of its predecessors. As Gen Z matures, it will become more discerning, but its demanding nature is unlikely to be diluted. We think brands and retailers will be the ones that need to change, because Gen Z looks unlikely to compromise on its high expectations.

For more on Gen Z, read our full report here.