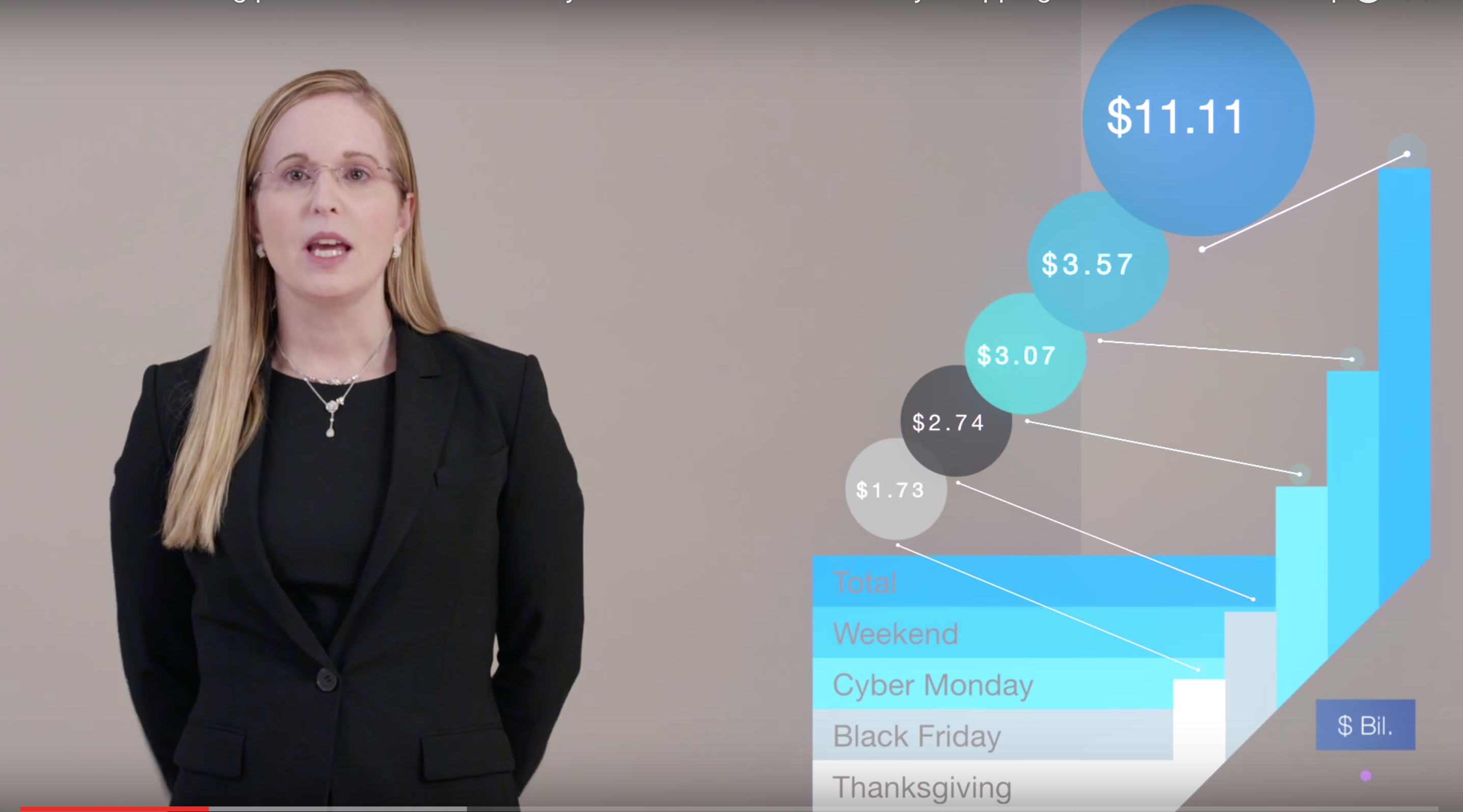 With just a few days before Christmas, we are in the holiday homestretch, and in this video below we recap the themes we’ve seen so far from the 2015 Holiday Shopping Season.

Cyber Monday continued its recent trend of outpacing Black Friday with $3.1 billion in sales, double that of just 3 years ago.

Unfortunately for retailers, this also meant a significant number of crashed sites.   The number that we have seen quoted most frequently was 40 different crashed sites.

This will also mean a significant increase in $ spent in 2016 on IT infrastructure and less on physical which could ultimately be a self fulfilling prophecy if retailers don’t invest in retailtainment.

So in following up with many retailers this means investing even more into their dotcoms going forward and less on the physical space.

Black Friday was centered around electronics.  Apparel sales were not as strong, some of it was definitely weather driven.

Watch the video for more insights on who are the big winners this year, what’s driving the economy and which are the hottest toys and gifts of the season!