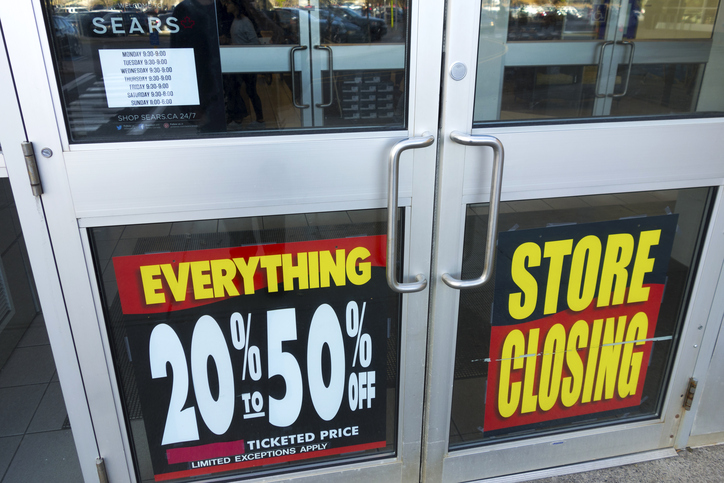 This week, we approach the middle of the year, an opportune moment to review the state of US retail. The narrative continues to be shaped by store closures and, indeed, US retail looks on course to be scarred by a second year of nearly unprecedented closure numbers. We reiterate our forecast for major US retailers to announce 8,000–10,000 store closures this year, up from the 7,066 we recorded for 2017.

As of June 22, we have recorded 4,136 announced store closures from major US retailers in 2018, compared with 5,321 announced closures over the same period in 2017. But, while we have seen slightly fewer store closures so far this year, we have seen fewer store openings, too: we have recorded 1,885 announced US store openings so far this year, compared with 3,262 openings over the same period in 2017.

Although apparel and department stores dominated the closure lists last year, the picture has been more mixed so far in 2018. As we show below, toy retailers account for a significant proportion of announced closures year to date due to the liquidation of Toys“R”Us. Health and beauty stores also account for a significant share of closure announcements so far this year, driven mainly by Walgreens’ planned closure of 600 stores following its merger with Rite Aid. The graphs below compare store closure numbers for 2018 through June 22 and for 2017 as a whole, so the absolute figures are not for comparable periods.

Does This Mean Department Stores and Apparel Retailers Have Finished the Job of Rightsizing?

Can department stores and apparel retailers now declare “our job here is done” in terms of closures? We think not. Last year saw a shakeout of some of the weakest players in apparel, but we do not think that these sectors have completed their rightsizing yet. Nonfood retail is still overspaced in the US relative to other countries and as more clothing and footwear sales head online, we expect more apparel and department stores to feel the pressure to exit unproductive space. In fact, as we recently reported, we expect around one in five US department stores to close by 2023—and that may well prove to be a conservative estimate, should retailers embark on further substantial closure programs.

Do Closures Mark a Retail Sector in Decline?

The store closure numbers are dramatic, but they do not reflect a struggling retail sector overall. In fact, US retail sales are growing at a healthy clip: total sales excluding automobiles and gasoline were up 4.5% through the first five months of this year, we calculate, based on the latest available data from the US Census Bureau. That translates to US consumers spending $60 billion more at retailers over the five-month period than they did during the same period last year.

It’s also important to note that this buoyant retail performance comes in spite of rising gas prices. Per the latest data from the US Bureau of Labor Statistics, prices at the pump jumped almost 22% year over year in May. In a highly unusual countertrend, sales of discretionary retail categories such as apparel, furniture and electronics have actually accelerated during this period of rising gas inflation. Typically, higher gas prices prompt shoppers to cut back on discretionary categories.

So, in spite of the store closure announcements we have tallied so far this year, we remain bullish on the US retail outlook. At this midyear point, we stand by our previous forecast for total retail sales (excluding autos and gas) to climb by a very solid 4.4% in 2018.

Other pieces you may find interesting include: Free Two-Day Shipping Is the New “Table Stakes” for E-Commerce, From Runway to Checkout, The See-Now-Buy-Now Trend in Fashion, Is Experience Enough? Three Core Functions Will Drive The Future of Retail