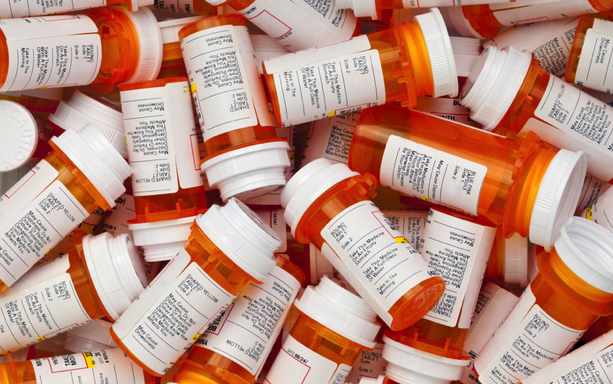 Amazon, since its founding, has steadily expanded its product portfolio from just books initially to a massive assortment of goods. In the last couple of years, the company has experimented with offering clothing and food. In terms of clothing, Amazon initially offered third-party apparel before launching a handful of private-label apparel brands last year. As of early August, the company owned 19 private-label brands and had applied for more than 800 trademarks. Just this week, Amazon branched into private-label sportswear and furniture. In food, the company launched AmazonFresh in 2007 and then greatly expanded its food offering through its $13.6 billion acquisition of Whole Foods Market at the end of August this year.

Now, the buzz is that Amazon is looking to sell prescription pharmaceuticals, which is sending shock waves through several industries. Rumors of an Amazon entry into the prescription medication space have been circulating for some time, and on October 27, the St. Louis Post-Dispatch reported that Amazon has received approval for wholesale pharmacy licenses in at least 12 states: Alabama, Arizona, Connecticut, Idaho, Louisiana, Michigan, Nevada, New Hampshire, New Jersey, North Dakota, Oregon and Tennessee. The thinking is that Amazon could use its enormous e-commerce and distribution network to disrupt prescription drug distribution on both the wholesale and retail levels. There is already intense competition at the retail level, and Amazon could use its scale to negotiate better drug prices with pharmaceutical companies. Moreover, the company’s recent acquisition of Whole Foods gives it a widespread physical store network through which it could sell prescriptions.

Consumers could likely benefit, not just from lower prescription drug prices, but also through expanded convenience and time savings. For most consumers, a trip to the pharmacy involves a physician writing out a prescription on paper (although some prescriptions are transmitted electronically to the pharmacy) and then the consumer having to drive to the pharmacy, where she is given the option of sitting and waiting for the pharmacist to fill the prescription or taking time out of her day later to return to the pharmacy to pick it up. The one major recent technological advance in prescription preparation is an automated system that enables a local pharmacy to call a patient and leave a voicemail message when the patient’s prescription is ready.

Fear of Amazon’s potential move into the prescription space is already causing disruption in the healthcare industry, as characterized by drugstore giant CVS Health’s recent $66 billion offer to acquire health insurance company Aetna. The deal would enhance CVS’s ability to compete against Amazon by locking in members for its pharmacy benefit management division, and the larger entity would also have stronger negotiating power with drugmakers. The combined company would be able to provide a seamless end-to-end healthcare services offering to customers. It is possible that CVS’s offer will ignite a wave of merger activity across the healthcare industry as other insurance companies look at the proposed merger and seek to pair up with drugstores.

Amazon’s entry into prescription drugs is not a done deal, though, and there are risks and challenges to entering the market. Although Amazon already possesses 12 state pharmacy licenses, it would still need to acquire another 38 if it wants to cover the whole country. In addition, there are numerous complicated regulatory issues involved with dispensing medication, and Amazon needs to learn and comply with these. It is also possible that there is a political angle involved with gaining pharmacy licenses.

Whole Foods is an interesting variable in this equation. Would Amazon add retail pharmacies or pickup windows to its 400-plus Whole Foods locations? Amazon is still digesting the stores it acquired, and they have not yet been wholly “Amazonized,” so the company’s intentions on this front remain unclear.

Amazon’s initial testing of the pharmacy services waters leads us to imagine what the future could be like—a future in which obtaining or refilling a prescription could be as easy as buying a Kindle e-book with our smartphone is now. But just the specter of Amazon entering the market has already prompted a defensive merger offer, so the ultimate outcome will surely prove to be interesting.